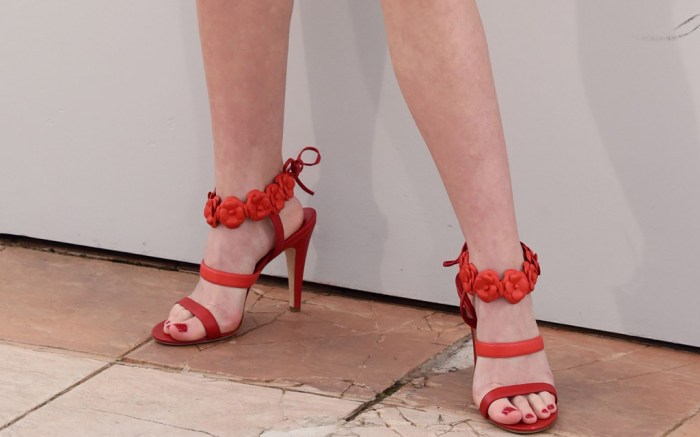 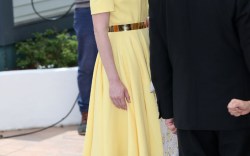 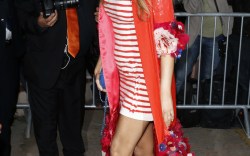 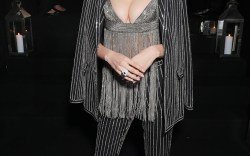 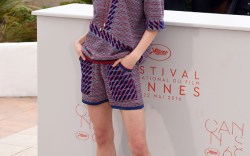 There is something about the Cannes Film Festival that encourages flagrant footwear expressionism and for the starry pack to up their shoe game. Indeed, while ball gowns and offending platforms are still commonplace on North American red carpets and photo calls, the seaside setting in France and silver-screen cinema lore influence actors to choose a more poised fashion path.

Thus far this season, there have been quite a few memorable moments. Take Kirsten Dunst, who channeled Grace Kelly in a buttery yellow dress with sculptural Salavatore Ferragamo wedges to match. The actor has distinguished herself of late with thoughtful, unique footwear choices, and this was no exception. But it was also fitting, as Ferragamo’s history of cobbling to Hollywood’s finest dates back to the ’50s.

Speaking of apropos footwear, Jessica Chastain wore a new leafy gilded stiletto by Francesco Russo, which was made expressly in celebration of the 69th annual festival.

If there was a prize for most footwear changes, it would have to go to Blake Lively, who has Instagrammed and worn more statement heels (from the likes of Christian Louboutin, Sarah Flint and Giuseppe Zanotti) than anyone else. She confirms our theory that the more pregnant you are, the more shoes you are entitled to.