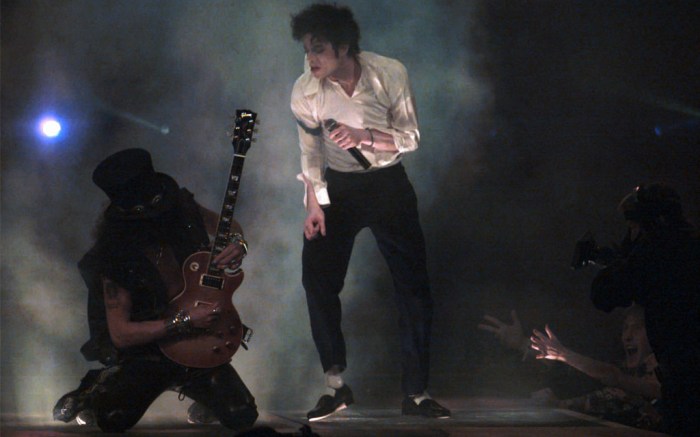 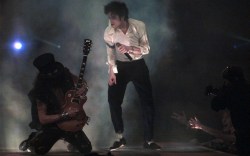 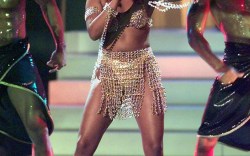 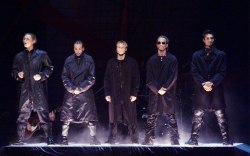 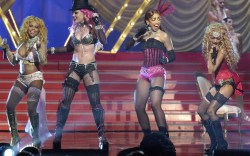 The MTV Video Music Awards has a tradition of shocking and surprising star performances, and a lot of time, fashion is a big part of that story.

From the first MTV VMAs, held in 1984, Madonna captured the spotlight with her suggestive performance of “Like a Virgin” that immediately became legend on the VMA stage. If you remember, the singer kicked off her white heels while singing atop a wedding cake, and she completed her look with her famous “Boy Toy” belt. The sultry performance may have made people blush back then, but it set the tone for shocking appearances in the future.

Other memorable onstage performances have included Michael Jackson’s medley of hits in 1995. The crowd could hardly contain itself when Jackson hit the stage to sing “Billie Jean” and “Dangerous” alongside Guns N’ Roses guitarist Slash. The performance was one of the most iconic in the history of the show, and it featured Jackson moonwalking while wearing his signature white socks and loafers.

In 2001, Britney Spears cemented her place in pop culture history taking to the stage in an emerald bikini and custom boots to sing “Slave 4 U” and dance all while holding a python. Just a decade later, Beyoncé hit the stage wearing custom heels in 2011 to sing “Love on Top” and pulled off the ultimate mic drop: The singer announced she was expecting daughter Blue Ivy by opening her jacket and revealing a new baby bump.

The fashions on the VMA stage are always a surprise and crucial element of the most memorable performances. Click through the gallery to see more of our favorite onstage shoe moments from the stars.