The Most Beautiful Shoes of the Year 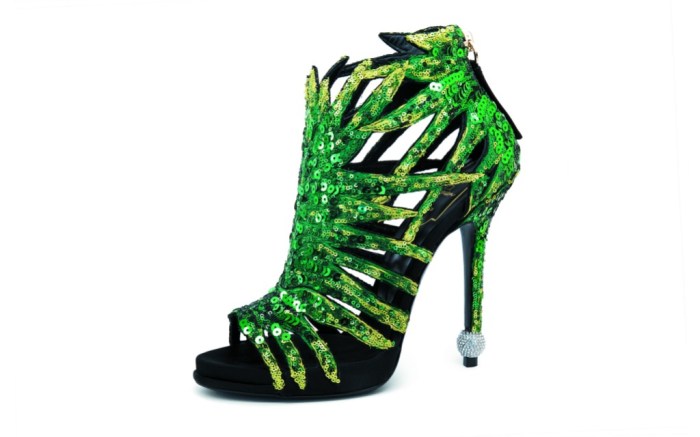 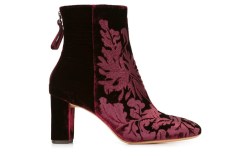 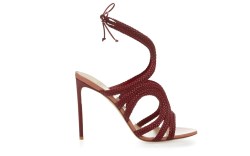 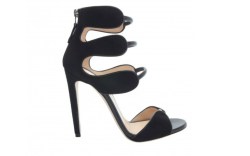 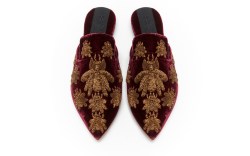 Every now and then, a shoe comes along that gives even the most serious collector and connoisseur pause. The past year was a very fine one indeed for showstopping shoes in this vein. With that in mind, Footwear News thought long and hard about which ones truly stood out as most beautiful in 2016.

Beauty, of course, is in the eye of the beholder. And what vaulted these particular shoes to the top of our list was a spirited originality that transcended pithy trends.

An element of charm prevailed in designs by Tabitha Simmons (a reworked alpine boot in cheeky leopard print) and Rupert Sanderson (who applied exotic plumes to his Flavus buckled mules).

Christian Louboutin took red-hot quite literally in the form of Olavague pumps cut to resemble a rollicking flame. Laurence Dacade’s take on siren shoes was no less striking with her lace (and laced) Nelly booties. They further affirmed her status as the Queen of the Block Heel.

While collaborations often sound great in theory but turn out aesthetically off the mark, Paul Andrew’s partnership with acrylic accessory house Edie Parker was the exception. Lucite heels with suspended gold flake were the stuff of footwear fantasies. Tom Ford also struck gold with his gilded python pumps, while Oscar Tiye’s silver lamé sandals were as precious as metal.

But 2016’s most stunning shoe belongs to Roger Vivier. Designer Bruno Frisoni’s Cage Tiger booties had a spellbinding amount of couture-level details and beading. In lizard green, they were otherworldly and, most importantly, extraordinary.

Click through to see more of 2016’s most beautiful shoes.

The Craziest, Wackiest, Over-the-Top Shoes of 2016