Versace Stages the Olympics of Fashion With Naomi, Gigi, Bella and More 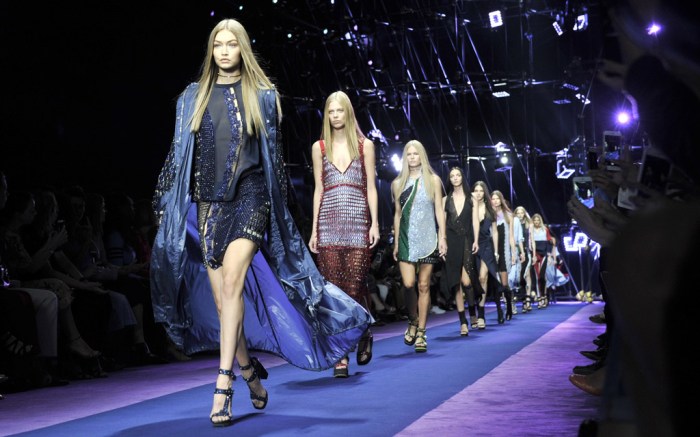 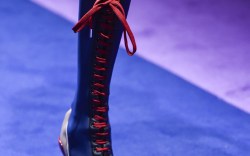 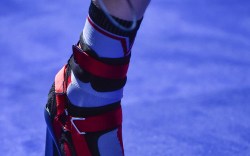 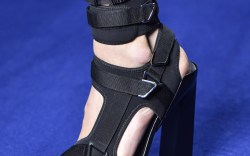 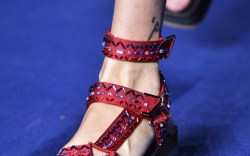 Forget Brazil: Versace staged its own fashion Olympics in Milan on Friday, and it was a gold-medal effort for Italy. Naomi Campbell, Adriana Lima, Jourdan Dunn and Hadid sisters Bella and Gigi stormed the Milan Fashion Week runway in the embodiment of girl power — parkas billowing atop body-conscious catsuits and crystal mesh minis. Amped-up sportswear such as a cropped bomber with a chevron motif played out alongside slashed skirts in super-light nylons complete with the requisite flashes of midriff.

Variants on this season’s shoe of choice, the clumpy flatform sandal — all ankle straps and thongs with a Teva-esque feel to them — walked alongside similarly robust platform heeled versions, both of which featured asymmetric styles referencing the house signature, those sinuous gorgon swirls. There were also knee-high boots with a baseball edge, as worn by Campbell in blue with red lacing plus sandal/sock boot hybrids, too.

With strong looks for similarly strong women, the collection combined street and sexy, track and field, athletic and athleisure — with the overall effect feeling youthful and super-contemporary.

Tod’s Plays Up Its Heritage Shoes for Spring