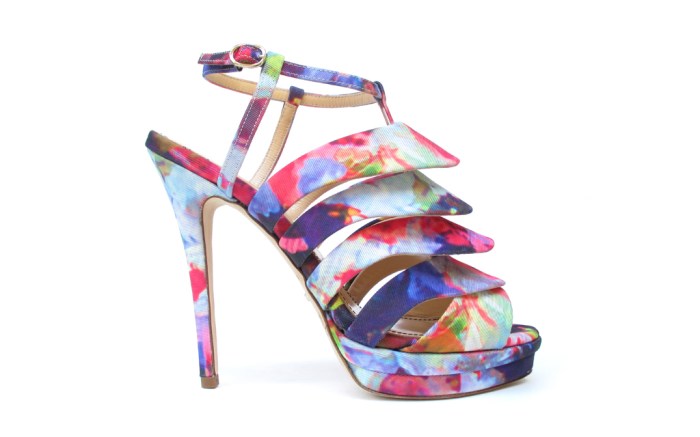 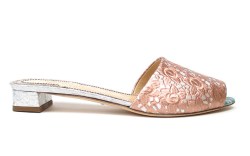 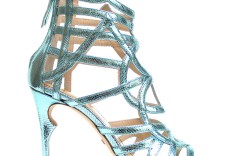 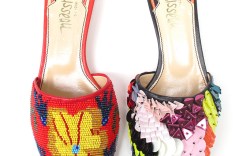 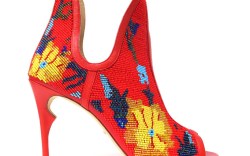 Key shoes feature embellishments and touches of texture. “There is a ton of craftsmanship in the collection,” said Rousseau, adding that the bold colors of the Great Barrier Reef were also incorporated. “I looked at how wild and intricate all the clusters of coral are.”

There are a few firsts in the collection, too: metallic embossed slides, 65 millimeter heels and paint-splatter details. The designer has also added more block heels, featuring florals, metallics and studs.

Intricate beading was also added to slides and booties.

“We have a lot of beadwork this season; I’m very proud of the beaded pieces,” said Rousseau.

For a full look at the collection, click through the gallery.