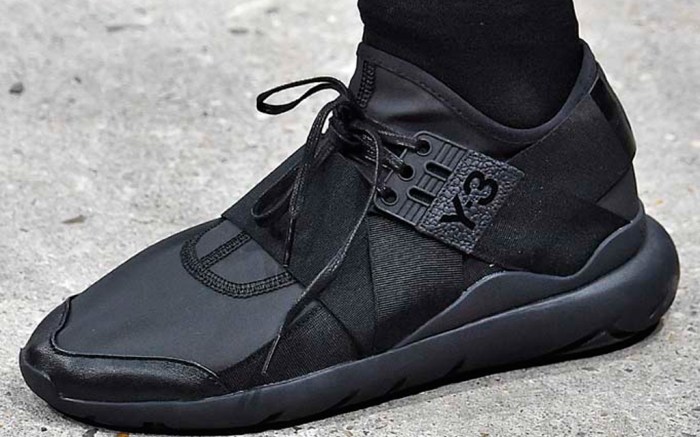 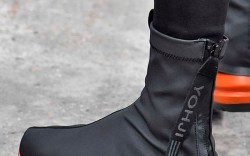 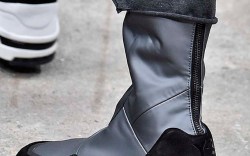 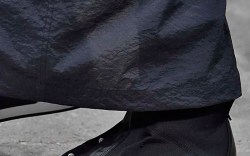 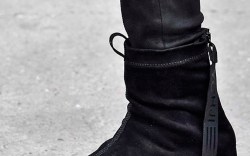 And over the weekend, this innovative wing of Adidas, designed by Yohji Yamamoto, was brought back down to earth for the end of Men’s Fashion Week in Paris. For fall ’16, Y-3 sent out a variety of new spins on signature Adidas sneaker silhouettes. And while ath-leisure is very much a trend of the moment, with virtually every designer throwing their version of a kick into the conversation, for Y-3, sports have always been an important influence. This season, it was pushed even further.

The Asa and Adidas Boost styles were refurbished in tech materials, while futuristic shapes zeroed in on less-is-more (and often laceless) construction and seaming techniques. In a palette of mainly stark black and white, with pops of utility orange and teal, the collection was titled Rebellion.

Show notes spoke of overarching themes, with buzzwords such as “rebuild, 60 feet tall, industrial sports and future sport.” While that might sound a little vague, the takeaway was a underground ’90s vibe, spliced with the minimalism and sleek stretch materials that defined the era.

Click through to see the shoe highlights from the collection.