Zendaya On Her Love For Oprah, Staying Authentic & Avoiding Knockoffs 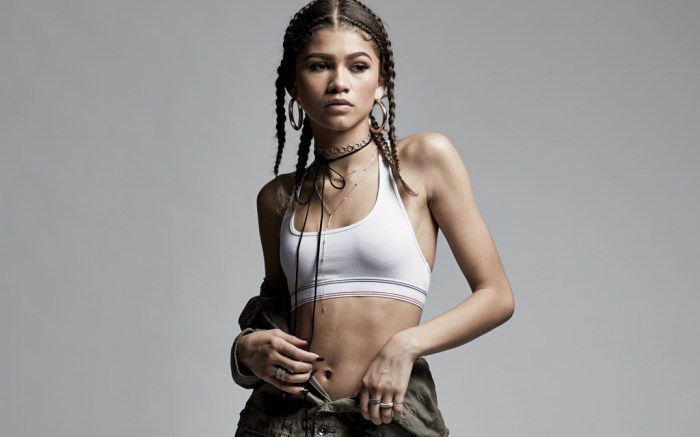 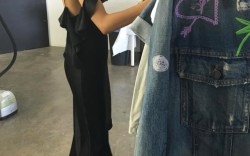 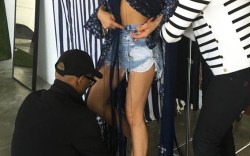 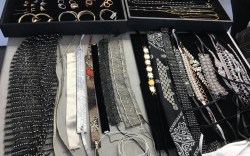 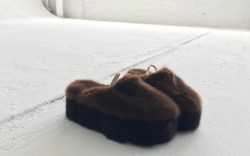 So, you haven’t heard of Zendaya? Don’t fret. The Disney dynamo and millennial fashion phenomenon has no qualms explaining who she is.

“If Beyoncé, Oprah [Winfrey] and Shonda Rhimes had a baby, that would be me,” quipped the 19-year-old actress, singer, dancer and public speaker while on set recently for a Footwear News cover shoot in the flower district of Los Angeles.

Like the three innovators she feels kinship with, Zendaya — who is 5 feet 10 inches tall with a model’s lean build — has her eyes firmly fixed on multimedia domination, and on her own terms. She is already well on her way, with a new album in the works and a 36-million-strong social media following. Her audience hangs on her every tweet (she’s not afraid to respond to bigotry from trolls with a snappy retort), Instagram (a perfect showcase for her daring, increasingly cool style on and off the red carpet) and Snapchat (where she is often seen eating pizza with family or joking with her parents, Claire Stoermer and Kazembe Ajamu, who double as managers and handlers).

The latest medium the Oakland, Calif.-born Zendaya (the “day” is pronounced as such) is determined to leave her mark on is footwear. Shoes are the celebrity project du jour, but it can be a tricky category to get right. The budding businesswoman knows about the challenges firsthand.

Her Sole of Daya line launched for spring ’16 with Titan Industries, the Huntington, Calif.-based footwear licensee. The market response was that the collection, while desirable, was too expensive for the many young women. Along with her co-creative director and personal stylist, Law Roach, Zendaya and Titan regrouped for fall ’16.

“It’s the same aesthetic and quality; we just wanted to make it more affordable, especially for my fans,” she said. “For my demographic, I’m catering to real women who work, are getting their first jobs or are in college. I want them to have shoes that make sense for them.”

Although she has Christian Louboutin’s Über-vertiginous So Kate pump in “every color” and claims they’re like slippers for her, Zendaya realizes that both stylistically and economically, that’s not how most of her target audience shops.

“I want women to feel expensive, luxurious and beautiful, but not have to spend three years saving up for one pair of shoes,” she added.

Titan CEO Joe Ouaknine hesitates to call the retooled line a relaunch, standing behind the first collection as “the best of them all,” he said. “We stayed with the same looks, but adjusted our sourcing.” (Titan’s brand portfolio includes Charles Jourdan, Badgley Mischka and Splendid; the company formerly produced L.A.M.B and Gx by Gwen Stefani.)

The new label also has a fresh name: Daya by Zendaya. It starts at $70 for slide sandals and tops out at $125 for mid-calf gladiators. The collection will retail at Nordstrom, Kohl’s, Von Mauer, Zappos.com and Amazon.com.

Ouaknine is betting big on Zendaya after initially needing some convincing from Vivienne Westwood U.S. CEO Cristiano Mincio that she was indeed a bankable name.

“[Mincio] said, ‘You have to meet this young artist.’ My first reaction was I don’t need another celebrity,” Ouaknine said. “I promised I would look her up and get back to him.” After three follow-ups, he agreed to meet with Zendaya and her father, who oversees her business deals, on the Disney lot where she was rehearsing for hit TV show “K.C. Undercover.”

It didn’t take much convincing.

“The second she said one word, I liked her,” Ouaknine remembered. “The factor that made me decide to work with her was her maturity. She told me right then that she was in charge and she would make all the decisions on her own.”

From there, he said the talents of the 2014 “Dancing With the Stars” runner-up sealed the deal. “This girl became a fashion icon before the age of 18,” he said. “She is a phenomenon in my eyes.”

For his part, Roach had a similar experience of discovering Zendaya’s unique package, albeit even earlier, when she was 12. He’s since become integral to her fashion evolution, most notably in her 2015 Oscars appearance, where her waist-length dreads made headlines after TV personality Giuliana Rancic made some ill-advised comments. The resulting media storm only enhanced the teenager’s fame and reputation as a style risk-taker.

“We have this unique synergy. We can finish each other’s sentences,” Roach said. “I’ll know what she wants to say or do. We’ve grown up together. I call her my fashion soul mate.” The duo is now courted by hard-to-crack labels such as Louis Vuitton, Michael Kors and Calvin Klein and pops up together at fashion weeks in New York and Paris.

It makes sense, then, that the inseparable pair share the billing as co-creative directors of Daya by Zendaya.

“We try to be as hands-on as possible. We look at fabrication and study heel heights and trends, like what’s selling in which part of the country,” Roach said. “It’s a long, drawn-out process just to get to the shoe. We both didn’t think it would be that much work, but it is. She’s adamant about having control and input on something that has her name on it.”

For Zendaya, a shoe must meet certain specifications for her to be satisfied. And with influences such as Louboutin, the star has high standards. “I wouldn’t create a shoe that I don’t love and wouldn’t put on my own foot,” she said.

When it comes to the technical aspects of shoemaking, her opinionated nature and know-how are impressive for someone with zero design experience. “[Titan] is cool and great to work with because they are very open to all of the little obsessive details I have,” she said, citing the cut of the vamp and throat and height of the pitch as key focal points. “I am all about a good ‘foot shoe,’ meaning I want it to look good on my foot. There is nothing worse than a shoe that doesn’t make your leg look good. That irritates me.”

On set with FN in her collection’s strappy pumps, platform sandals and cutout booties, Zendaya glides effortlessly, but recognizes she possesses a special grace and groove. “I’ve trained my feet to [wear high heels], but not everybody wants to do that. How do I get the lower pitch but still have it look good?” she said, noting that was something she asked early on in the creative process with Titan’s design team.

As a result, Zendaya pushed her partners to create a more modernized pump, the Kyle, one of her favorites in the collection. “I wanted to see a little toe cleavage, and that’s something that was tricky for Titan,” she said.

With celebrity lines, blatant copying of high-end designers happens often. That’s something both Zendaya and Roach aimed to avoid. “I don’t want to create knockoffs,” she said. “I want to create our own movement and style, even though I don’t believe in trends.”

At the same time, she added, “I don’t want people to feel like they have the look for less; I want them to have the look that just happens to be for less.”

Zendaya’s mother, Stoermer, who oversees her calendar and social media, said this command of her brand and “the buck stops here” attitude are integral to her daughter’s success. “Everything is her. She oversees it all,” she said. “It’s always her voice; she’s always stayed authentic.”

Bonnie Fuller, editor-in-chief of celebrity site Hollywood Life (owned by FN parent Penske Media), has been charting her rapid rise and said Zendaya’s style has allowed her to stand out. “She’s incredibly versatile and not somebody that’s locked into one style,” Fuller said. “Her appeal is also that she can be casual and relatable one day and then go super-sophisticated or bold the next. She changes her look more than any other young star.”

This element of surprise is exactly the intended result, according to Roach. “You can’t just look at something and say, ‘That’s Zendaya,’ ” he said. “As opposed to other people you look at and say, ‘That’s very J.Lo or very Gwen Stefani.’ For us, every look is a new experience.”

While a singular fashion sense may be propelling her brand, Zendaya has much deeper aspirations.

“I’m about empowering young people, women and people of color — everybody,” said Zendaya, whose father is African-American and mother is of Dutch descent. There aren’t many people with a mixed-race background who have her platform, and she knows it. “I try my best to be a light source in a dark world sometimes.”

Zendaya recalled the time she met Winfrey and almost cried. “Oprah is one of the dopest people in the world. When you think of her brand, it’s positive,” she said. “If she says it’s the best tea in the world, you will drink that tea because she’s trusted. She’s charitable and there is a meaning to her projects.”

Similarly, she admires Rhimes, creator of “Grey’s Anatomy,” “Scandal” and other big shows. “The woman is a genius. She creates gold and owns a night [on TV]. I want to own a night,” said the actress, who just wrapped “The Greatest Showman on Earth” with Hugh Jackman and is filming “Spider-Man: Homecoming” with Robert Downey Jr. “She also creates roles and representation for different types of people on camera.”

Zendaya’s third hero recently embraced the budding star. Beyoncé invited the rising star to appear in scenes from her “Lemonade” visual album. On that experience, she has “no words.”

Right now, Zendaya certainly has a lot to beam about. “When it comes to fashion and life, a lot of things I do are powered by how I feel, what makes me smile and what makes me happy,” she said.

For a look behind the scenes on FN’s cover shoot with Zendaya, click through the gallery below.