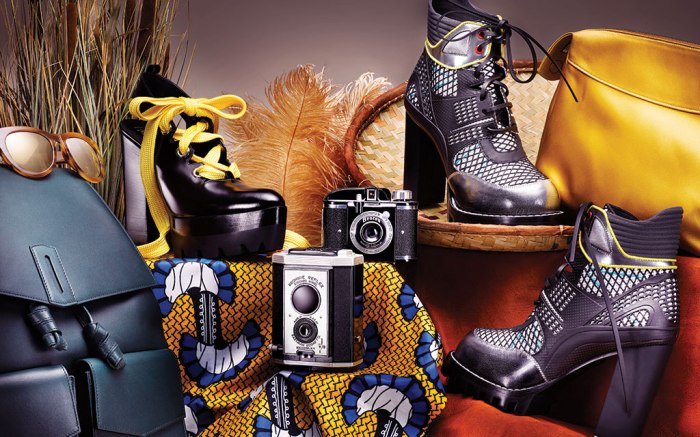 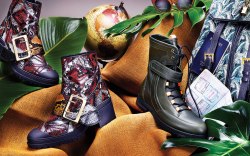 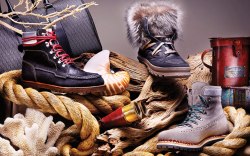 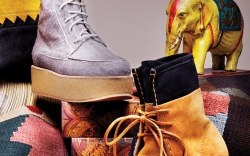 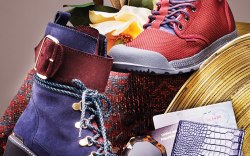 During the presentation of the fall ’16 collections, the notion of taking the path less traveled (and adding multiple stamps to your passport along the way) took on literal meaning. How else can one explain all of the fashionable takes on traversing, skiing and trekking styles influenced by the outdoor market?

Indeed, multiple designers seemed to have adventure travel and exotic escapes in mind. On the runway, it was most notable at Mulberry and Louis Vuitton, who both showed tough heeled hikers.

Ivy Kirzhner, another designer with a worldly mindset, showed sherpa shearling-lined speed lacers with rose-gold hardware. They were fit for safari in South Africa’s Kruger National Park. Maybe camping at the foot of the Himalayas is more your speed? Both Gabriela Hearst and Alexander Wang showed gum-soled Wallaby styles.

For jungle-hopping along the Amazon River, Burberry’s patchwork python boots and Jimmy Choo leather laceup with Velcro strap have water-resistant properties and come in reptilian colors. Or why not have a go at zip-lining through Thailand’s Chiang Mai rain forests in Stuart Weitzman’s lace-up suede hiker with flatform lug sole or Palladium’s red lace-up boot in a new light construction?

The animal prints and embossing of Alexandre Birman lace-up boot and Francesco Russo moto style with leopard-print detailing would be just the thing to pack for India’s Bharatpur Bird Sanctuary.

And if cold water and crisp air are more your speed for, say, cruising Alaska’s Kenai Peninsula, then Penelope Chilvers’ ponyhair hiker, Brunello Cucinelli’s high-top with fur upper and Tabitha Simmons’ suede ski boot are ready for the journey.

Click through to the rest of the best of the season’s globe-trotter shoes.