Tod’s Plays Up Its Heritage Shoes for Spring 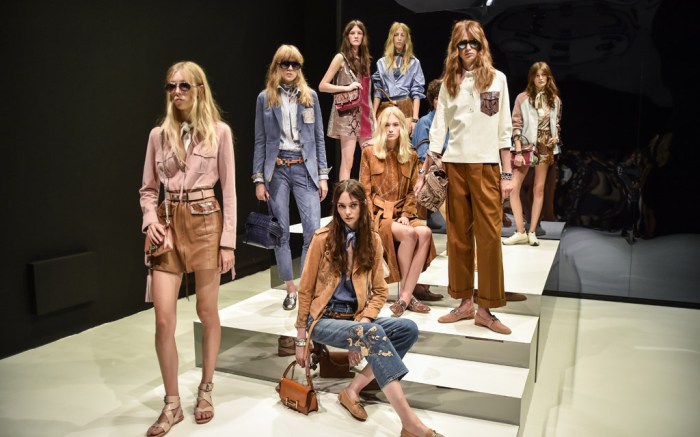 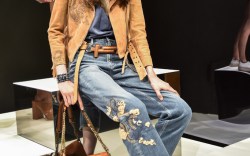 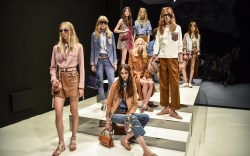 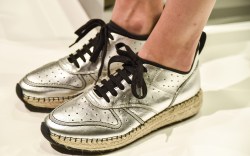 The Presentation: Slightly western-inspired, slightly safari-themed. Pink suede shirts had oversized cargo pockets. Denim suits had snakeskin patches. Sumptuous leather trenches were done in army green. There was a cohesive effort at Milan Fashion Week to play up the Tod’s heritage, including subtle updates on its classic shoes.

The Shoes: The classic Tod’s loafer with double clasp was updated in a brushed metallic with wooden sole. Low-top sneakers — a category the brand has been slowly expanding — were given metallic finishes as well, and jute midsoles. Embossed strappy sandals were flat and buckled at the ankle. One style was done in a decadent python. The same treatments were also done on crisscross heeled mules.

The Verdict: While there were attempts at modernizing, Tod’s lack of a lead creative director showed (the former Alessandra Facchinetti departed earlier this year). The loafers showed no sign of real newness aside from leather work. The toe shapes, neither square nor rounded, felt dated. The collection was called “Timeless Icons,” yes, but it’s time for some new shoe icons to be born, too.