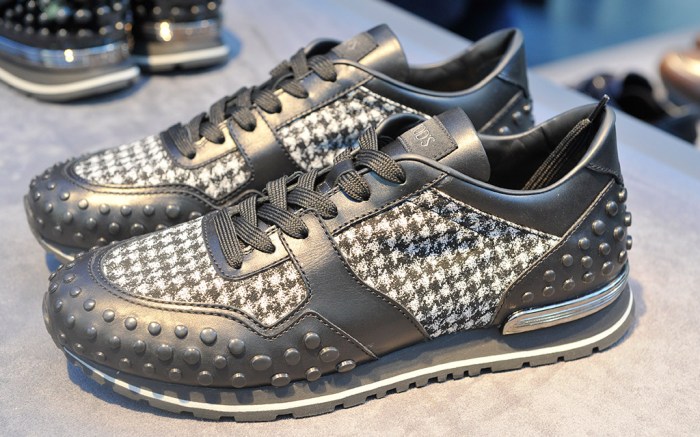 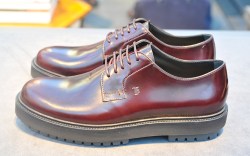 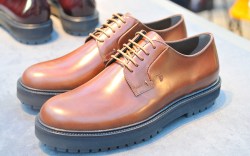 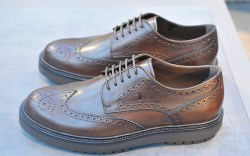 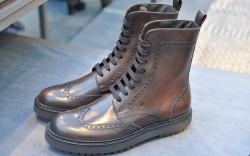 Tod’s is trying to break from its classic roots. The Italian heritage brand debuted a spunky men’s collection at Milan Fashion Week on January 17, a move likely to attract a younger customer base.

We’ll start with the sneakers. Houndstooth runners had tubular studding in matte black. It was also treated in brown and shiny black leathers.

Of course, its signature driving mocs made an appearance. New jewel tone suedes felt seasonally appropriate. The dated metal clasp on the vamp, though, could use some updating.

Lace-up dress shoes were done in neutral and colored leathers with lug soles. The same with brogues. Though a modern touch, the lug was more of a trend last fall and felt a bit late.