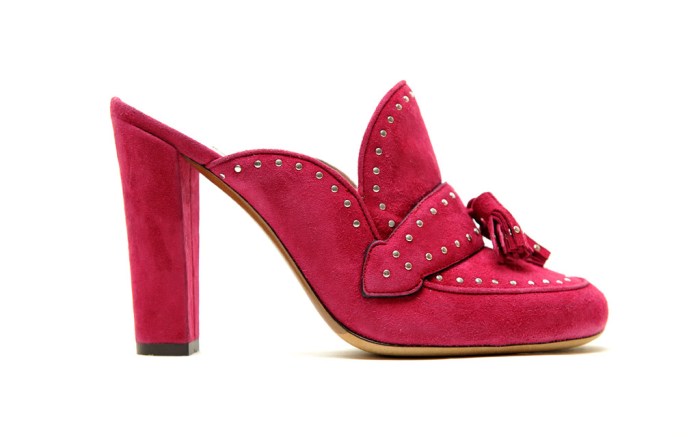 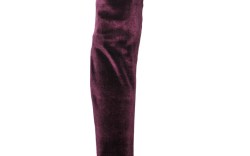 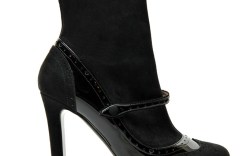 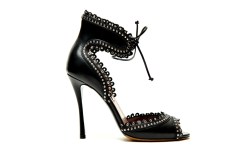 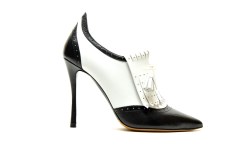 The shoes: Tabitha Simmons’ first designs for her collection were tinged with her beloved Victoriana and Edwardian spirit, which comes naturally to the English Rose. “Oh yes, I’ve always loved that era ,” confirmed Simmons, who was looking spiffy in a red Givenchy conductor’s jacket. Buttoned booties wouldn’t have been out of place on set at Downton Abbey, but for timely reshapes such as block heels and gamine rounded toes, which Simmons has continued to push for the past few seasons.

Her original print this time featured dragonflies inspired by the work of art nouveau glass artist Émile Gallé. “I looked at some of his furniture designs. The starting point was a dragonfly table I had in my home.” They collection again felt big and comprehensive. The standout was her nifty take on après “ski boots”, which had welted lug soles, broguing and came in leopard and Flora prints.

“We found a factory in Italy who are really experts on this kind of boot construction, which I have been craving,” she shared. Less fresh, but commercial, sure, were her multiple forays into micro studding and fringing, which came off as more trend-driven and forced by comparison.

The verdict: Simmons is at her best when she thinks with her stylist’s hat on. Many of the shoes were just the thing to add a wearable Oliver Twist to her (and many others) version of uniform dressing: skinny jeans and a natty little jacket. Just add bootines.

Click through the gallery to explore the entire fall ’16 collection.