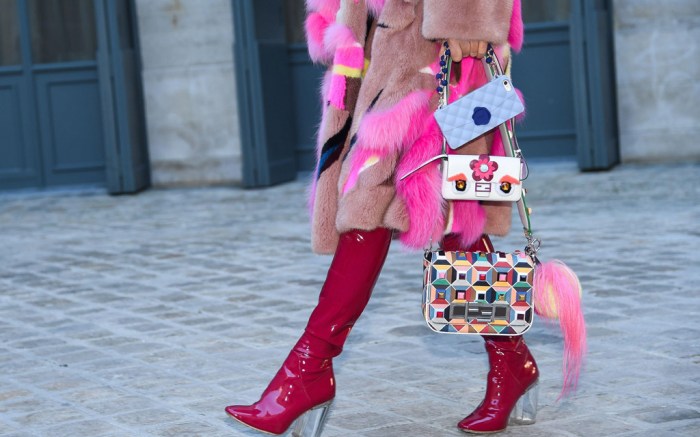 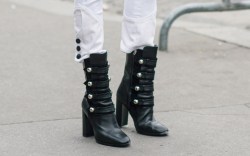 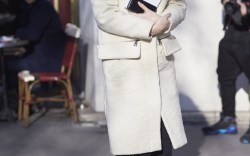 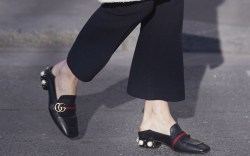 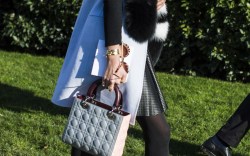 Dior’s latex and Lucite boots made their debut a year ago and have been spotted on streets all over the world since, with no signs phasing out. Fashion editor Anna Dello Russo was hard to miss in a Schiaparelli multicolored fur coat, a Fendi bag (or rather three) and hot pink thigh high Dior boots. The It-shoe in an ankle height version was also seen in cobalt blue on another woman.

If latex isn’t quite your speed, there were plenty of other styles to see: military-esque, glitter, and Chanel suede cap-toe boots.

While there were plenty of Gucci shoes to be had, none were the fur loafers, which still made a strong showing at Milan Men’s Fashion Week. The label’s loafers with pearl and stud detailing on the heel were a refreshing change.

Dior’s pointy toe wrap flats from the spring ’16 collection went from the runway to the street seamlessly. One woman was spotted looking chic in a blush pair—no doubt we’ll be seeing plenty more of this style during upcoming fashion month.