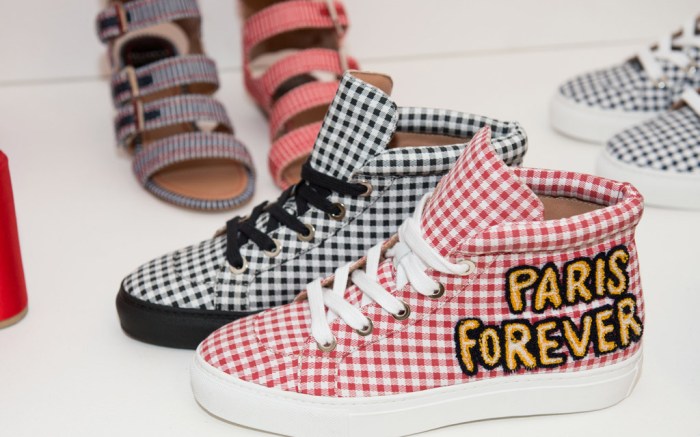 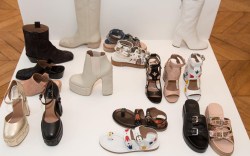 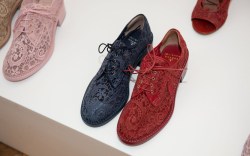 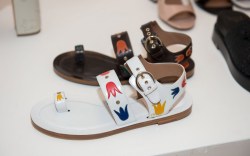 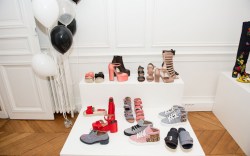 For spring ’17, Laurence Dacade is celebrating the city she loves.

It hasn’t been an easy year for Paris and its people — and so the French designer wanted to bring “good vibes” with her new collection, particularly with two pairs of sneakers.

The red and black gingham kicks feature the words “I Love You” on one shoe and “Paris” on the other. A second look reads “Paris” and “Forever Happy.” “Usually I’m not writing things on my shoes,” Dacade joked during a cocktail celebrating her new Paris showroom on Saturday evening. “But this whole collection is about the colors and energy.”

The designer’s 1970s-inspired styles incorporated bright hues, floral embroidery and butterfly and insect embellishments on both the uppers and the heels. Block heels were prevalent and easy slides and flatforms mixing masculine and feminine elements made a big statement too.

Like many designers, Dacade said she is focusing more heavily on crafting shoes that women can wear from day to night. “So many men are designing shoes for women and thinking it’s just about the look. But I wanted to think about the way they live.”

Click through the gallery below to see more styles.

For Spring Chloé Is Still All About the Neutral Shoe

Balmain Sends a Surprising Antidote to Spike Heels Down the Runway

Gigi Hadid Has a New Gig With Stuart Weitzman