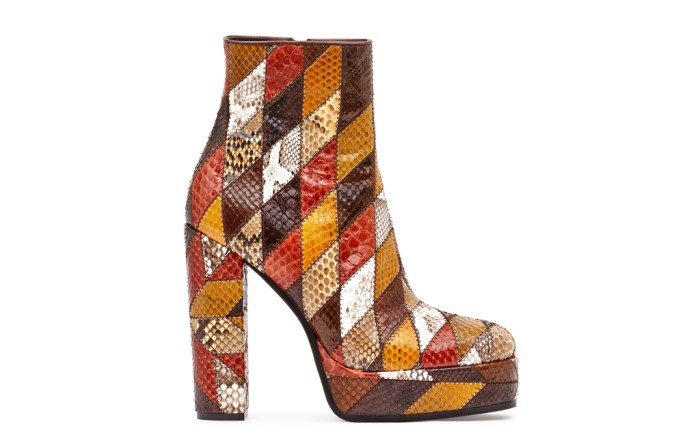 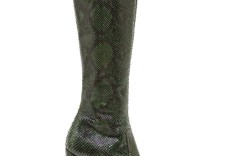 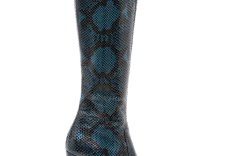 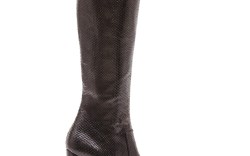 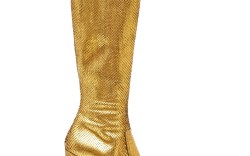 After a few seasons of finding his footing in his new role, creative director Peter Dundas finally went full throttle with his theme here — a grungier 1970s gal. And what better way to convey the message than with some seriously kitschy shoes?

Below-the-knee boots were the most dramatic in the collection, especially when finished in gold metallic snakeskin or tiger-printed pony hair. We imagine Grace Slick would have been a fan in her heyday.

The same material treatments were done on less severe ankle boots. The styles were less costumelike and surprisingly chic in burgundy or emerald snakeskin. Still, for all you single-sole lovers, you won’t find any shoes less than five inches here.

Double-strap platform pumps and sandals were also among the more wearable pieces in the collection. The styles showed restraint in an otherwise flashier aesthetic.

For more Roberto Cavalli fall shoes, click through the gallery.