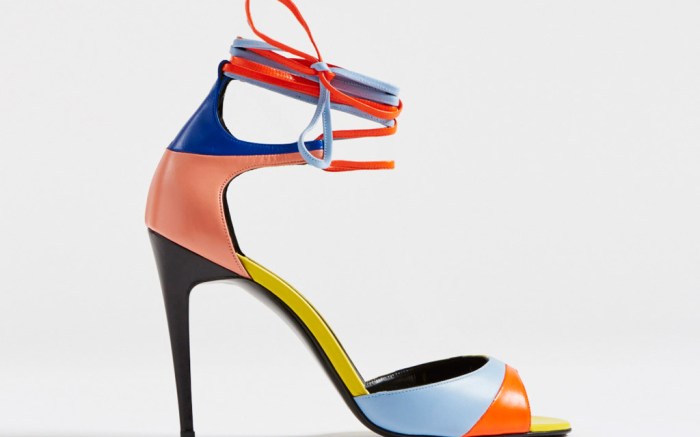 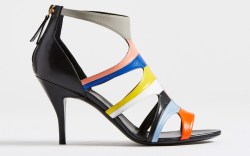 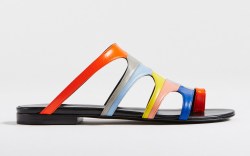 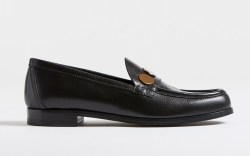 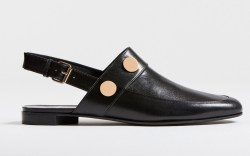 For resort ’17, Pierre Hardy showed an edited lineup of sharp styles and stuck to his preferred mod milieu.

To start, there were block-heeled flats, slingbacks and sandals all with metallic disc embellishment, done in stark white or black leather or luggage shades of suede.

The designer also toyed with rainbow-effect strapping and colorblocking on standout stilettos, slides and a demi-heel silhouette. Their peppiness was wisely tempered with pops of black and gray. The overall effect channelled the palette of Pablo Picasso during that Sixties period Hardy called to mind with this collection.

Elsewhere, there was a new shape to ponder: a hybrid slip-on sneaker flatform. Its sole sandwiched both foam and stacked wood, while the leather upper was done in pastels or chrome silver.

Yes, they were as experimental as they sound — which is exactly the type of takeaway one hopes to have from Hardy, ever the influencer.

Click through to see the rest of the resort ’17 collection highlights.