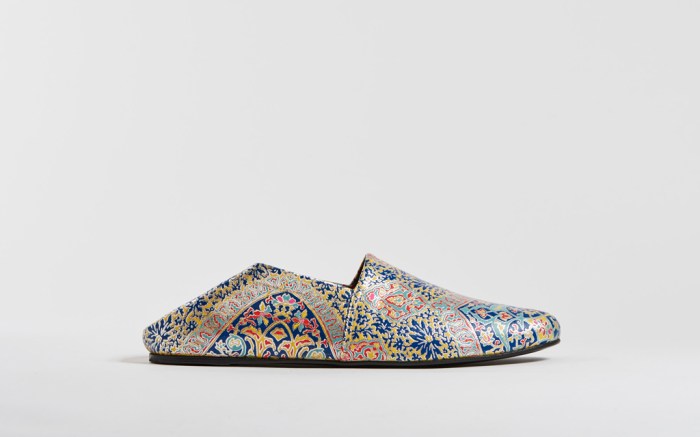 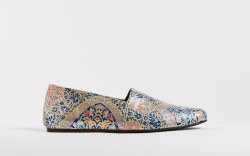 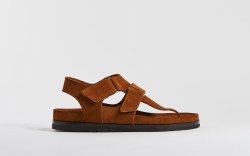 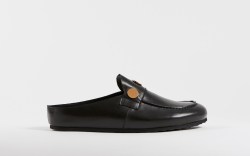 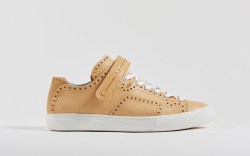 Pierre Hardy looked to music to inspire his latest spring ’17 men’s collection, which he debuted during Paris Fashion Week on Thursday. Among the references included 1980s rock from Willy DeVille and a grungier 1990s look pioneered by Kurt Cobain. The theme translated into a colorful offering rife with new footwear silhouettes, from loafer mules to moccasin uppers with sneaker soles.

Men’s mules are already proving to be a huge trend for the season. Hardy presented the style in a simple black leather, or in a mausoleum tile-print loafer that had a collapsible back. His dressier styles also included a tri-tone kiltie golf shoe, or a white laceless derby that was fresh and cool.

His sneaker collection, which is a huge part of the business, offered a variety of treatments. The designer toyed with more minimal shapes, but maximal accents like a paint-splattered finish. His signature cube print was rendered in a multicolor.

A perforated leather sneaker took cues from the art of classic art of British shoemaking. A thong-style sandal was done in suede with a cork sole.

For more Pierre Hardy spring shoes, click through the gallery.