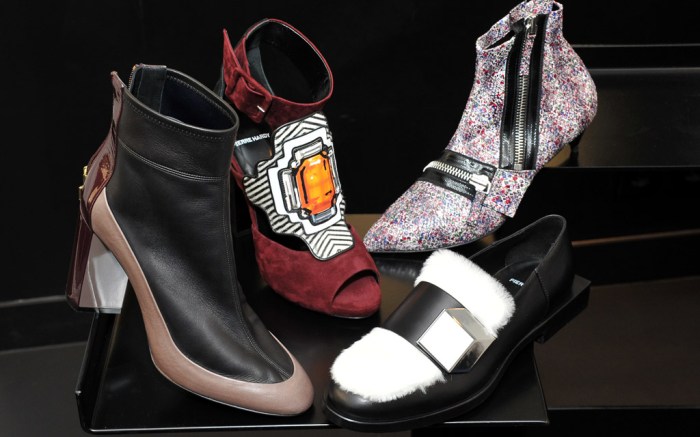 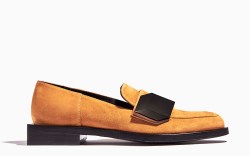 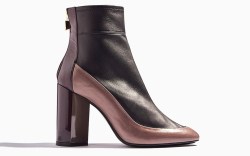 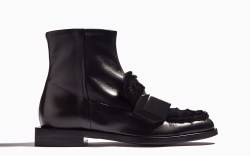 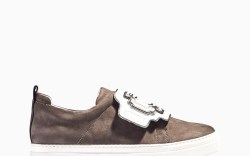 The mood: Trend Liberté. “There’s not one [mandate] to do pumps, or pointy toes or flats so I just took my idea and tried to make it work in different ways with things I loved,” said the designer.

The shoes: Pull on-and go. Hardy continued to explore new ways of adding elasticized ease to his designs this season via ruched leather and suede panels or straps. They freed his footwear from buckles and the superfluous jazz that tricks-up other designers.

Instead, when Hardy wants to make a hardware statement, as he did on some very zippered winkle pickers with catty low heels, it really stands for something. Elsewhere, he explored the idea of more stretch fabrications with sock-shoe hybrids and kid-glove uppers on lacquer block heels. The most fetching version was done in mod white.

The verdict: As one of footwear’s most adept designers, Hardy know how to make a statement no matter what direction the market is heading, even when there isn’t a clear path.

More news to know: The designer, who won the French legion of honor award earlier this year, is working on a new U.S. website, set to launch later this month. Hardy also held court at the Hermès presentation a few days ago, where he unveiled the French house’s latest shoe lineup.