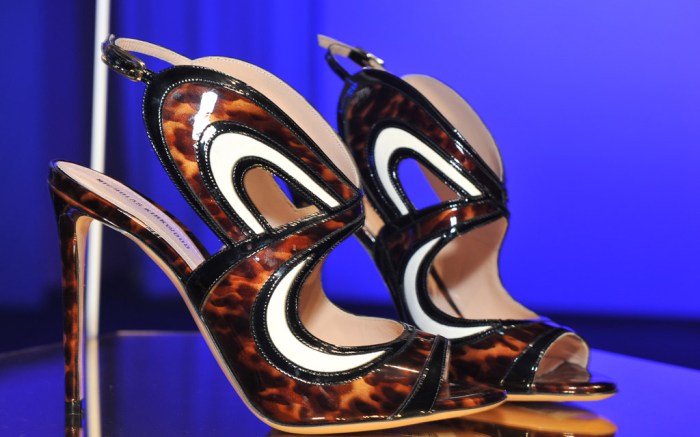 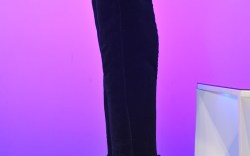 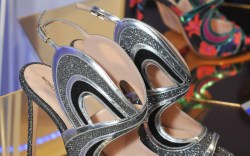 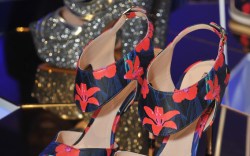 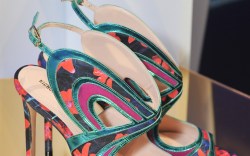 The mood: The Only Way Is L.A.

The shoes: Inspired by trips to California, a growing market for the brand, designer Nicholas Kirkwood offered his version of City of Angels shoes. While shapes were largely a continuation from previous seasons, he decorated platform sandals and loafers with swirling prints and bold glittering materials. “I wanted to explore an ’80s side of L.A.” he said. “There was a dreaminess as well.”

To that effect, the Espace Pierre Cardin show space was cast with a blue light and hazy mist. Curvy cutouts on heels took cues from the city’s graffiti scene. Not all of the offering seemed to match the West Coast mood, such as the reissued Polly Neige winter boots and all the kicky pointed loafers, but they are big business for Kirkwood, who rightfully noted how women are wearing heels during the day less and less, instead favouring sensible but still statement flats or blocks.

The verdict: Kirkwood can create a killer shoe no doubt. While the collection didn’t seem as creatively evocative as previous seasons, his new focus on refining quality and fit made for some stellar moments.

To explore the rest of the Nicholas Kirkwood fall ’16 collection, click through the gallery.