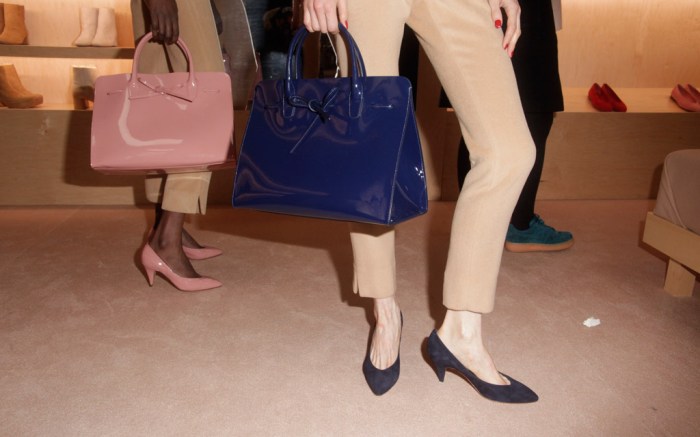 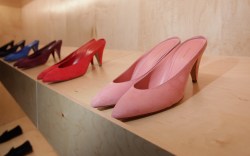 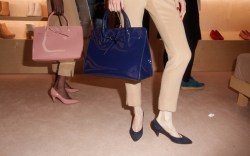 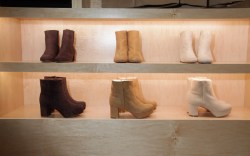 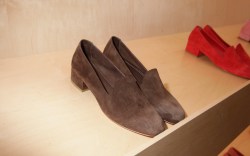 The mood: After getting off to a buzzy, turned shaky start with footwear last season — the duo were accused of taking a little too much inspiration from designer Maryam Nassir Zadeh, which they denied — Rachel Mansur and Floriana Gavriel still welcomed a packed house at The Swiss Institute who were eager to see what the CFDA (and retail) winners were up to. Red-lipped and lacquered models lounged on putty-hued custom mid-century furniture and florals by Brittany Asch and ceramics by Japan based ceramist Kan Ito set the tone.

The shoes: The designers said that the collection had nearly doubled in size, with five new styles including the addition of ’50s-style retro low pumps (also shown in a fetching mule version), high-throat ballerina flats and platform block heel booties lined in shearling in a wide adornment of hues, from primaries to their signature makeup tones.

The review: Though both were wearing their new pump (in red and blush, respectively), Gavriel said their favorite style was a discreet loafer. Some work still needs to be done to strike the same the unique aesthetic cord that they have hit with their anti-It bags, but they are getting there, one 65mm-heeled step at a time.

To explore the collection click through the gallery below.