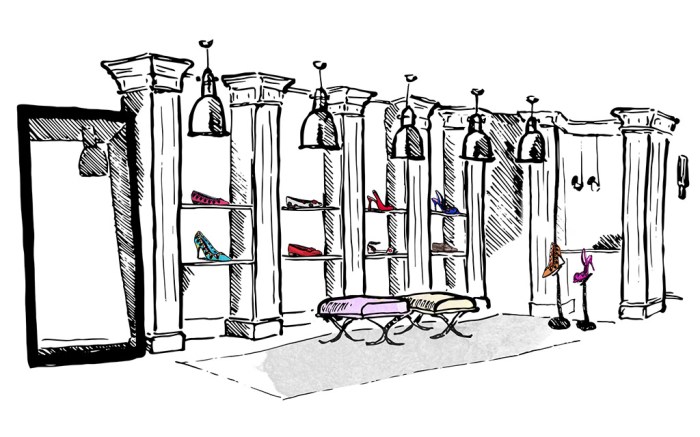 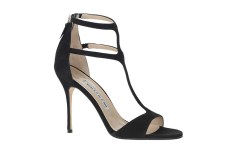 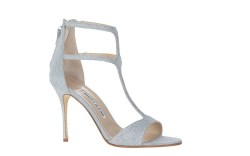 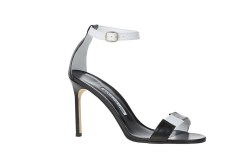 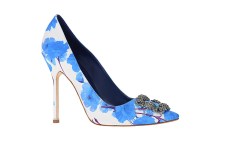 Manolo Blahnik is the latest luxury name to land at London’s Burlington Arcade, the 19th-century shopping parade next to the Royal Academy that’s recently undergone a major refurbishment.

The shop, Blahnik’s second in London, will open early next month with neighbors including Ladurée, Chanel-owned Eres, Barrie and Maison Michel, and the upscale men’s footwear brand Harrys of London.

The 1,000-sq.-ft, double-fronted unit will stock women’s and men’s shoes from the seasonal collections as well as the brand’s classic pieces. The recently launched collection of bags will also be sold.

The store will open on February 4, some 44 years after Blahnik opened his first store on Old Church Street in Chelsea.

The designer said Burlington Arcade was one of the places he fell in love with when he first visited London as a teenager.

“I have adored the Burlington Arcade from the very first visit,” he said. “It has that intimate feeling, and one always feels welcome, especially when the Beadles greet you at the entrance. It is an elegant place with history and tradition, and the shops that occupy it share the same qualities as I find essential in beautiful hand made products. Honestly, I could not think of a better place to be.”

The Beadles, once known as the world’s smallest law enforcement body, have returned to the arcade as part of its re-launch. They have uniforms — frock coats, waistcoats and top hats — made on Savile Row, and in addition to patrolling the arcade, they also conduct tours of its shops and workshops.

Originally members of Lord George Cavendish’s regiment, the 10th Hussars, the Beadles ring the morning bells three times to herald the arcade’s opening. The arcade, and the neighboring Royal Academy, were part of the Cavendish family’s London home.

Blahnik’s new shop, which he teased on Instagram last week, is also near some of his favorite central London haunts, including Albany, which is home to many artists and eccentrics, Burlington Gardens, the Royal Academy, Fortnum and Mason, Turnbull and Asser, Wilton’s Restaurant and D.R. Harris & Co, where the designer buys his grooming products.

Last year, the covered arcade that runs between Piccadilly and Burlington Gardens, alongside Bond Street, underwent a 10 million-pounds, or $15.6 million, overhaul at the hands of its owners, property investors Meyer Bergman and Thor Equities.

Jamie Fobert, who specializes in historic restoration projects, was the architect on the project.

The space boasts English stone floors, restored Regency-era details, and a lineup of upscale fragrance, jewelry, and accessories shops, most of them new.

However, the arcade’s longstanding tenants such as David Duggan watches, which has a workshop and restoration service upstairs, and Hancocks, the fine jeweler that makes the Victoria Cross, the British military decoration awarded for conspicuous bravery, remain.

Click through the gallery to see Manolo Blahnik’s spring ’16 collection, which will be available at the new store.