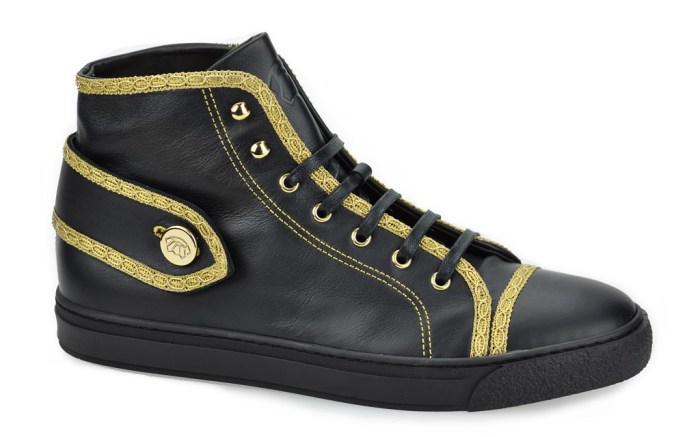 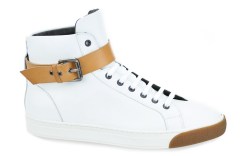 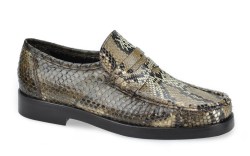 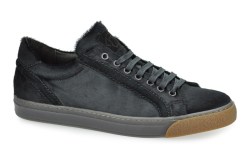 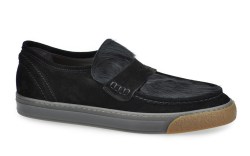 “Nostalgic, very eclectic, and little quirky like a Sunday afternoon on Portobello,” was how Patrick Cox described his Lathbridge footwear collection for fall. “During my glory days in the Nineties, I used to sit in a cafe and count 300 pairs of my shoes go by, but now I have to look in all the windows of the vintage stores,” he said cheerfully.

More fabulous, however, were his sneakers and creeper sole slip-ons done in jewel-colored suede trimmed with Jimi Hendrix-inspired gold frogging, wool flannel with gold embroidery, or handpainted python. There were also multi-strap versions with mismatched buckles for a vintage feel.

Shoes were displayed on spinning turntables evoking the feel of a Seventies New York loft club with the soundtrack was taken from Cox’s own record collection, with the late David Bowie well-represented. “‘Heroes comes on about three times,” said Cox, “that’s all I wanted to play, but I didn’t want it to feel like a funeral, you’ve got to keep it happy.”

Looking Back: The Best Shoes From Men’s London Fashion Week In 2015