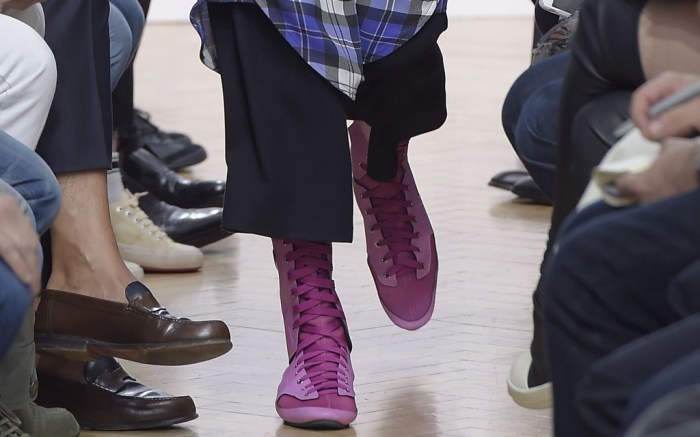 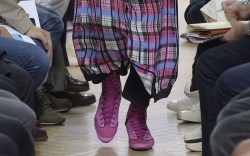 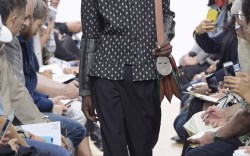 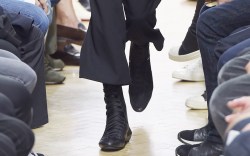 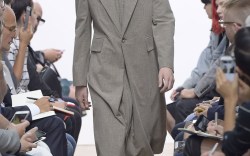 Even three years after Jonathan Anderson was appointed creative director of Loewe, you still wouldn’t know he’s at the helm of a major Spanish luxury brand based on his own collections. The designer stayed true to his own J.W. Anderson label’s individualism for spring ’17, shown during London Collections Men.

Oversized turtleneck sweaters, where the sleeves were so long they trailed the floor, particularly suggested playing dress-up in a father’s closet — or knowing Anderson’s genderless focus, a mother’s closet.

The shoes were hybrids of their own, a mix of the young and the old. Leather lace-up boots had a sneaker silhouette, yet there was nothing sporty about them. Two oversized gold grommets were perforated onto the sides. In pink, they were especially unique.

The lace-up sneaker boots were similar in shape to Anderson’s fall ’16 men’s runway boxing boots. Other styles in the collection included more subdued sneakers, such as leather low-tops with metal studding.

For more J.W. Anderson looks, click through the gallery.