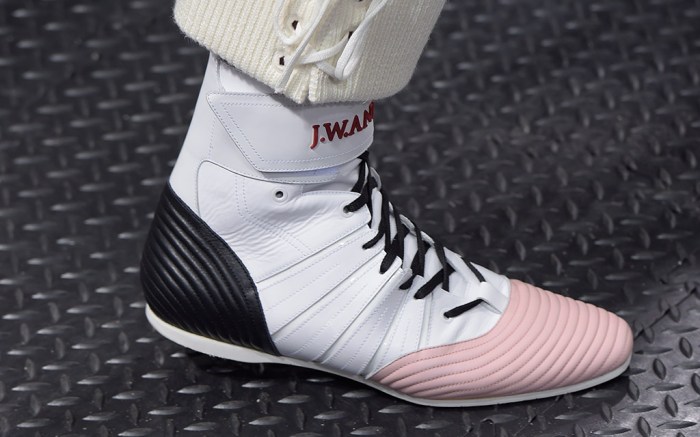 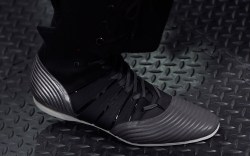 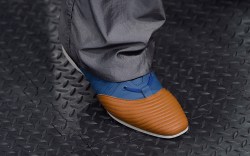 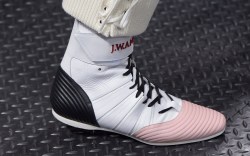 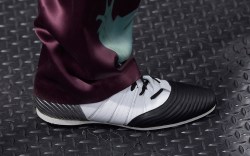 Ordinary garden snail becomes the fastest in the world: That was the premise of the 2013 computer-animated film “Turbo” and, on Sunday, designer Jonathan Anderson propelled the snail onto one of the most closely watched men’s catwalks in Europe.

After his fall show, Anderson talked about “the idea of speed,” that lowly creature an ironic symbol that he plastered on slinky satin ensembles and fur blousons, or lined up like athletic stripes on a dressy warm-up suit. “Symbols don’t need to make sense,” he demurred.

On the footwear front, Anderson focused on the high-top sneaker — with a color palette consistent with his Disney-esque theme. The lace-up sneakers all came emblazoned with the J.W Anderson logo front and centre on the wide ankle strap, and a silhouette reminiscent of boxing boots.

There is no need to deeply analyze the extent of Anderson’s impact on fashion: It’s everywhere, on other London runways and on the attention-seekers coagulating outside show venues. Indeed, he’s been plying androgyny for so long that his hobo handbags and Lucite chokers for fall barely registered as out of the ordinary.

Yet this was a daring, experimental collection from all angles, full of the “kinetic energy” and Disney-esque fantasy that Anderson described backstage. Consider the extreme shapes (cocooning cardigans that stretched to the knees); the offbeat fabrics (rabbit fur spotted blue and red to resemble ermine, and cut into long vests); and the multiple alternatives to the suit (mostly pajama-like combos printed with a cartoon pooch from a Twenties cigarette pack, or patched with cloud-shaped zippered pouches.)

In a ho-hum London season full of safe collections, Anderson has once again raced to the head of the pack.

Click through the gallery below to explore all the shoes seen on the J.W Anderson runway.

Looking Back: The Best Shoes From Men’s London Fashion Week In 2015