Ivy Kirzhner on Her Fall ’16 Collection & Making Boots For Beyoncé 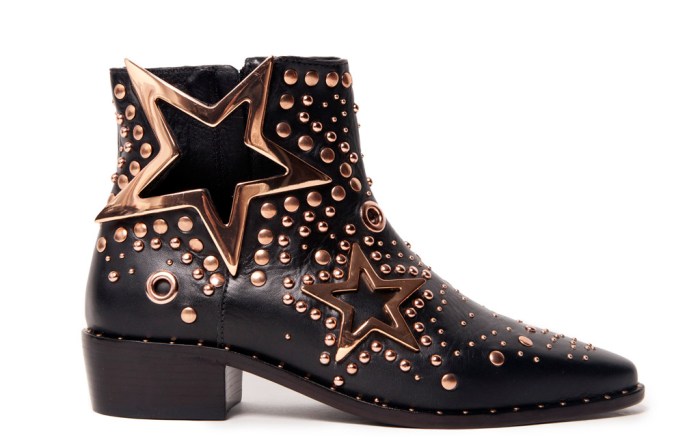 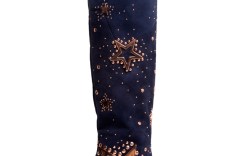 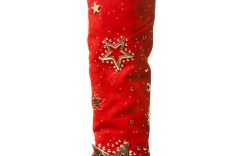 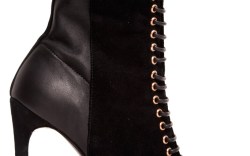 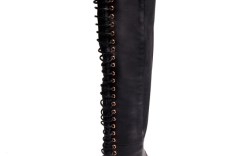 Whether she means to or not, Ivy Kirzhner creates the sort of wham-bam shoes that belong on a stage — Beyoncé’s stage, no less. “She’s rocked them [while performing] a few times, which is pretty cool,” said the designer during a recent cocktail party at her lofty and large work-cum-living space in New York’s Soho neighborhood.

It’s not hard to see what Queen Bey (who Ivy connected with through her husband, Grammy-nominated creative director Alex R. Kirzhner, who works with Jay Z) sees in her charged designs.

For fall ’16, galactic star-dusted hardware decorated ankle and tall siren boots. “This is the one that I’m going to be living in,” said Kirzhner of the cropped version, her take on the basic black boot. She admits that she was thinking of David Bowie early on in the design process and sees these as an accidental tribute. The Eighties-era glam-rock influences continued with v-vamp pumps complete with lighting-bolt emblems.

“I’m all about energy. It’s important that my designs and my space all give off positive vibes,” says the designer, who admits she’ll often work in her pajamas. “When we first got this space, it was very raw and depressing. It was falling apart. We basically gutted everything. Alex and I love architecture and interiors. We designed the moldings ourselves and referenced some historic apartments in London and Paris. We also added some weird touches, like dream catchers over the dining room table.”

Unwittingly, here too she sums up her cheerful-maximalist tendencies: “I’m like, no we don’t need one, we need 10!”

Click through the slideshow to explore the whole fall ’16 collection.