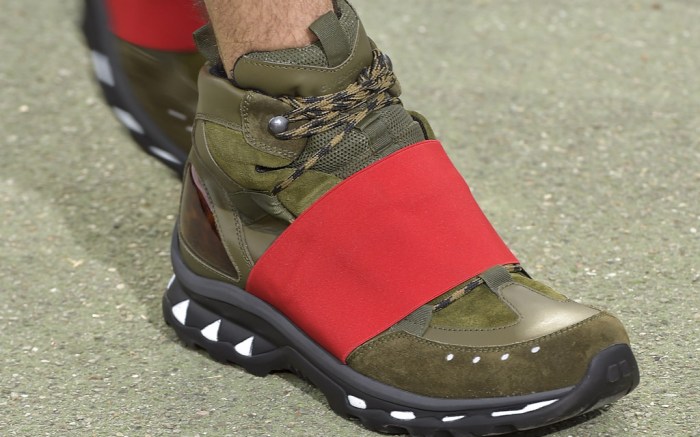 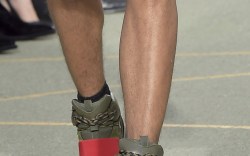 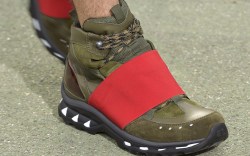 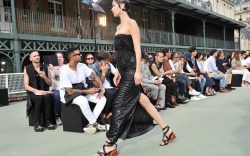 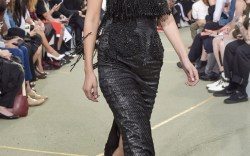 In his own way, Riccardo Tisci has always had a sense of humor at Givenchy. His spring ’17 men’s show — which also featured fall ’16 women’s couture looks — was no different. The designer used distorted money prints as iconography on clothes, perhaps as a parody of the current luxury realm’s soaring prices. Or maybe he was just trying to get consumers to spend subconsciously.

The collection’s palette honed in on khagki greens and blacks — again, Tisci was seeing green — but featured the occasional dash of red. The same story was seen in the shoes. Hiker boots in suede and leather seemed traditional, but were amplified with reflective midsoles and a punchy red elastic band. One style was done in a checkered print, another motif in the ready-to-wear.

As for the women’s couture, the looks leaned toward Tisci’s dark, romantic side. Bella Hadid wore a striking strapless gown that was fringed at the back and beaded at the bust. The shoes were equally as grunge-glam: strappy block-heel sandals were embellished with silver studding.