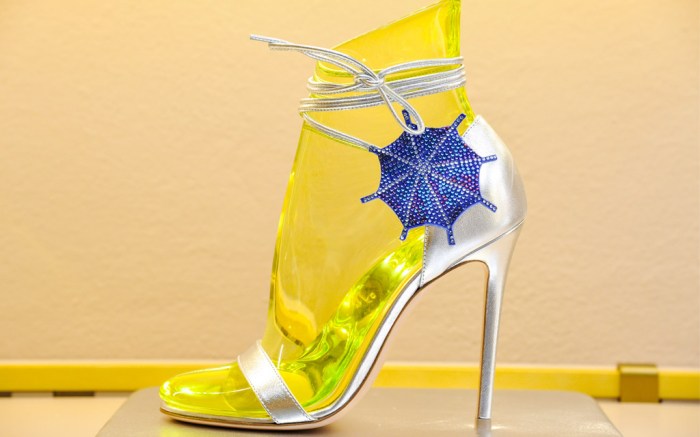 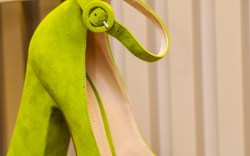 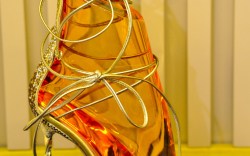 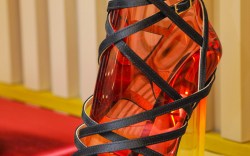 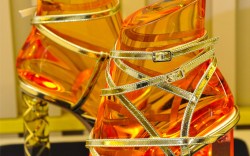 How did Gianvito Rossi celebrate his label’s 10-year milestone at Milan Fashion Week? With a festive cocktail party and shoes to match.

The designer — who typically shows elegant, refined looks — clearly wanted to make a splash with his special anniversary styles, inspired by martinis, margaritas and other cocktails.

“It’s always nice to explore new things. Every woman is like a unique cocktail. Every cocktail has special elements — and they can be a bit crazy, like a woman can be,” the designer said.

Elsewhere in the collection, Rossi played up satin on many key looks, including tall lace-up boots in hues such as turquoise and purple. In another departure from his usual aesthetic, he also featured floral prints on boots and other styles.

Those vivid color combos will certainly stand out in the designer’s newest U.S. store. Rossi revealed plans for a new Miami boutique at Bal Harbour, which has been a hot destination for many shoe designers.

“It’s an important step for us. Miami is different from other cities. It has [a vacation vibe] and is more of a holiday destination,” he noted.

How does the designer feel about being 10? “It’s a lot better than being 50,” he quipped.

Click through the gallery to see more from the spring ’17 collection.