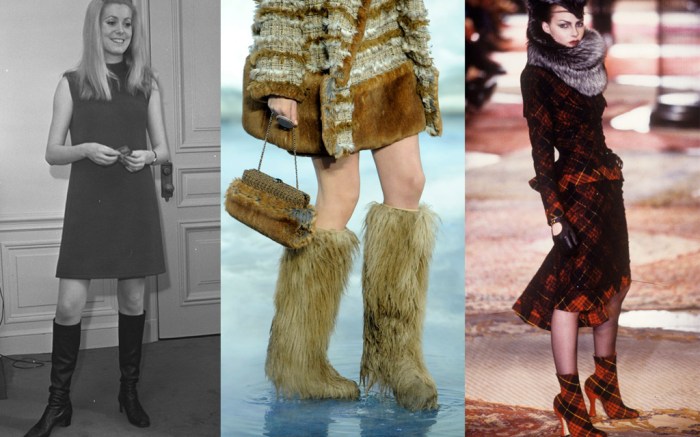 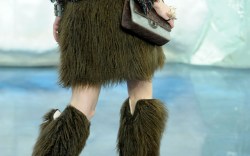 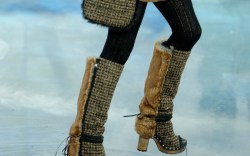 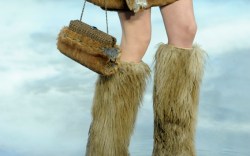 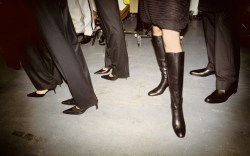 The boot is thought to have been around since ancient times, and in the past several hundred years, it’s become an irreplaceable wardrobe staple. While most styles change through the decades, the boot is one item that has remained timeless.

Take this photo of actress Catherine Deneuve in 1967. Her mod knee-high black boots wouldn’t be totally out of place on the streets today. And neither would singer-artist Yoko Ono’s black platform boots from 1973, or the leather boots on the Anne Klein fall 1972 runway.

Even the red tartan boots from the Givenchy couture fall 1997 show could fit seamlessly into a show 20 years later.

Of course, there may be a lavishness that comes with the late 2000s. One such moment was Chanel’s dramatic fur boots from the fall 2010 show.

How Azzedine Alaïa Dipped Into His ’90s Archives for Spring ’17