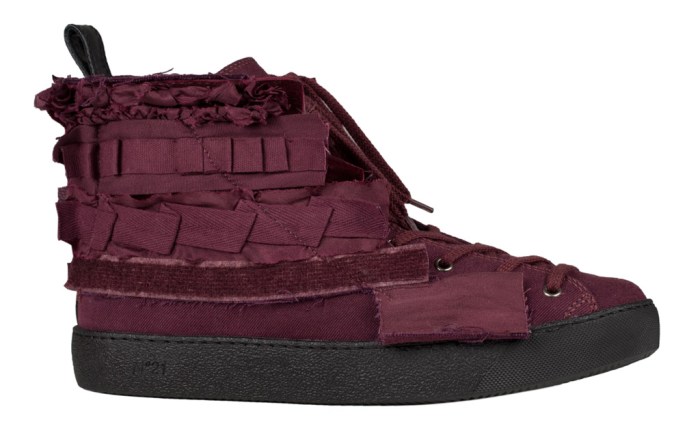 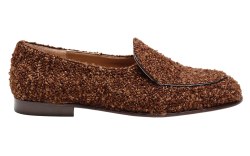 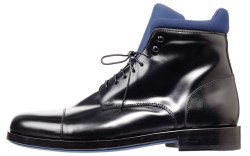 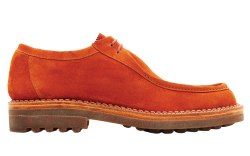 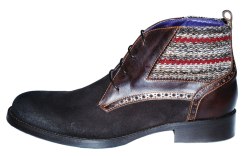 We’ve highlighted 21 standout women’s styles to buy next season, and now we’re on to the men. The fall ’16 market offers a number of new footwear updates, including novelty materials — think wool and neoprene — done in a neutral color scheme.

Crafty sneakers led the way in new treatments. No. 21’s canvas sneaker was elevated with crafty fraying and patchwork. Coach’s leather high-top is on trend with its cozy shearling tongue.

Boots also dominated the market in a number of materials. Kenneth Cole Black Label took on the sportswear trend with a two-tone leather boot with neoprene detailing. Robert Clergerie took a Wallabee-inspired silhouette and reworked it in a delicious orange suede.

Another key message for the season? Texture, texture, texture. Solovière offered a bouclé loafer with a leather sole, while Cole Haan did a felt wingtip with an athletic sole.

For more fall ’16 men’s shoes, click through the gallery.