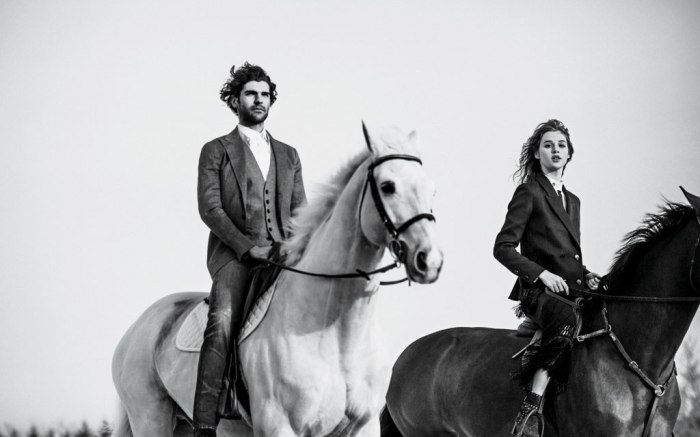 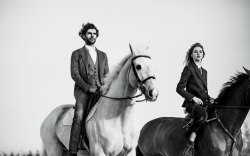 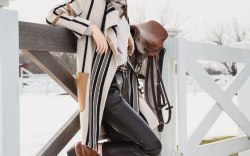 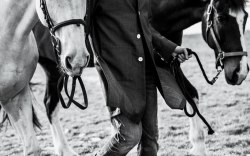 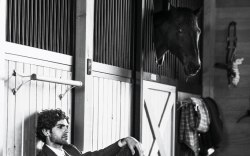 The art of horse riding is elevated to a new level at Bob Campbell’s Campbell Stables in Bridgehampton, N.Y. for FN’s latest cover shoot and biggest issue of the year. “It’s a dream setting for a fashion shoot, and one that we had our eyes on for a bit now,” said Fashion Director Mosha Lundström Halbert.

The fact that its owner is a big footwear player and generous enough to let Lundström Halbert and crew have their run of the land only made for a better narrative. “I wanted to tell a bucolic, romantic story and was inspired by all the chic snaps of Charlotte Casiraghi on horseback. The stables have that same aspirational beauty,” she says.

Enter an all-star cast, including Icelandic photographer Silja Magg — who has a knack for capturing natural beauty — French Canadian top model Anaïs Pouliot (who quickly found her footing on the lively thoroughbreds) as the equestrian and actor Jack Dilday (look for his breakout role in Tom Ford’s “Nocturnal Animals”) as her handsome ranch hand and riding coach. Another great pair? Fall ’16’s deconstructed suits and equine-ready boots.

Indeed, after years of Western dominance, all things equestrian freshen up fall’s new sophistication, with riding boots and dressage-inspired styles fitting right in at the halcyon stables.

Already, the fall ’16 runways have been rife with riding influences, spotted at Tibi and Tory Burch. Avid horsewoman Chloe Gosselin (who rides her horse daily in the wilds of Nevada) showed her version of luxe tall boots. And new designer Jessica Perdomo recently launched JJ Gray, a line of custom riding styles and derbys. Heritage brands Artiat and Frye are also offering new refreshed equestrian boots next season that don’t need to be regulated to horseback. But this being fashion fantasy, the idea of sitting atop a stallion in Laurence Dacade’s Gatsby boots or Gianvito Rossi’s Rolling Mid thigh-highs was too good to resist.

For Magg, it was the equines that really inspired. “I love working with horses. Everything gets more natural, and you are more likely to catch something extra special because you don’t know what’s going to happen.”