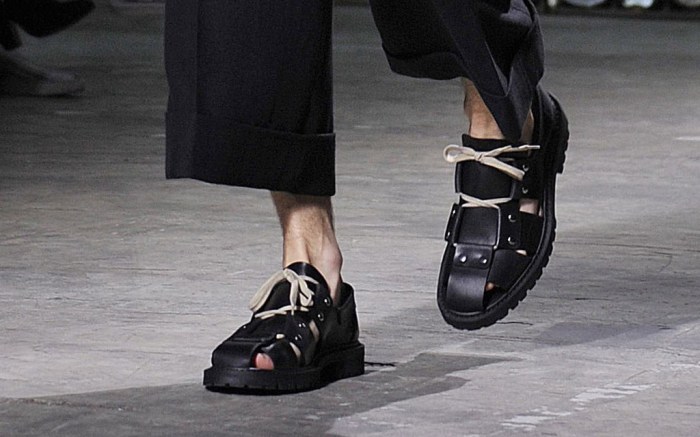 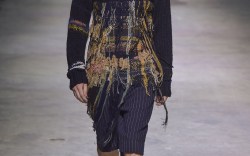 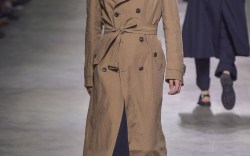 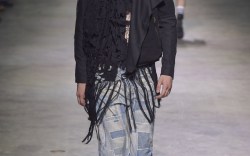 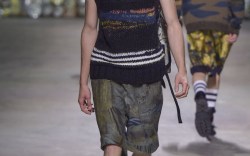 The backdrop for Dries Van Noten’s spring ’17 men’s show in Paris was, you can say, electric. A wall of antique spotlights and headlights turned on as models took the runway, each illuminating a collection that focused on deconstructing and splicing traditional menswear pieces — shoes included.

The designer took the fisherman sandal and upgraded it with a high-gloss leather and silver buckles, some also laced up the front. They bared a similarity to his fall ’16 shoes, which saw the fisherman silhouette applied to boots. He did rework the combat boot this season, though, with one pair done in the same foliage print found in the clothes. A textural Dries signature.

Prints and fabrics is indeed where he flourishes. And the ready-to-wear had plenty of that. Renaissance prints and fringe accents appeared on coats or knitwear, sometimes clashed against optical illusion prints. His pinstriped pants and suits were worked in throughout the collection.