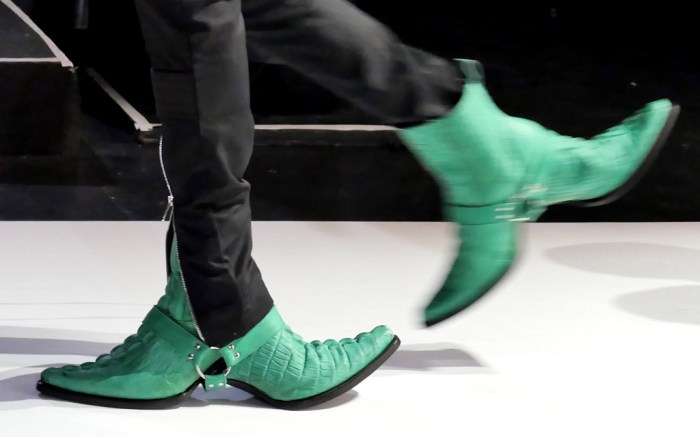 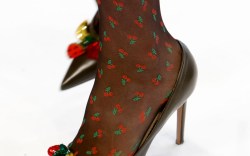 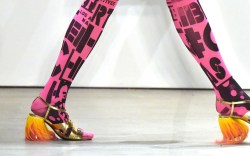 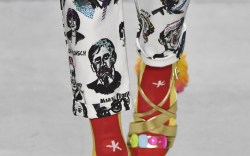 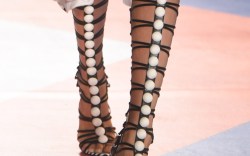 The trend began at the Hood by Air spring ’17 show on Sept. 11. Disruptive designer Shayne Oliver debuted double-sided Western boots in collaboration with Frye, a style that looked like a radioactive mutation gone wrong. But it had people talking. Later in the week, Thom Browne debuted his collection of psychedelic beachwear completed with on-theme footwear, such as nautical wedges and heels with whale-shaped heels.

On Sept. 7, Kanye West’s Yeezy Season 4 show — which gained more attention for its late start time and fainting models than the collection itself — offered plastic thigh-high boots, a polarizing style that was worn the day before by Kim Kardashian West.

For more crazy runway shoes, click through the gallery.

Could DKNY’s Sneaker-Boots Be Spring’s Next Big Trend?

Hood By Air Showed Some Really Crazy Boots On The Runway