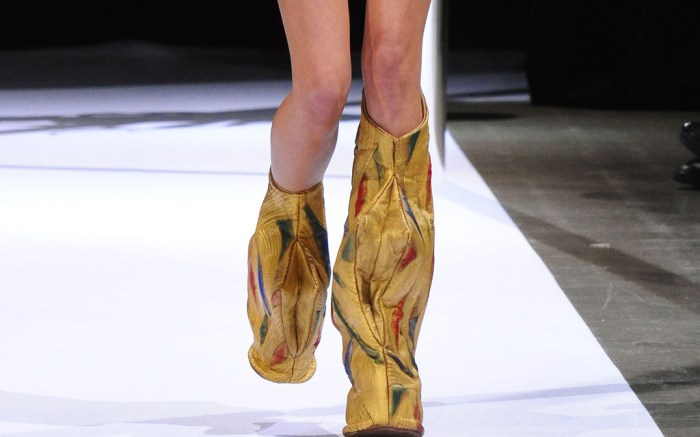 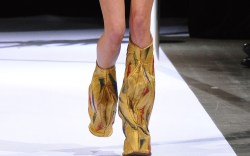 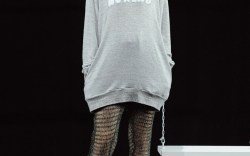 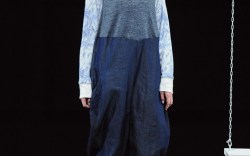 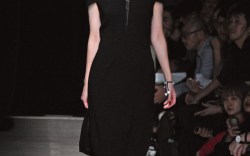 While quirky shoes have made several appearances on the street-style scene at Tokyo Fashion Week, a number of experimental footwear styles made their debut on the spring ’17 runways, too. The through line this season? Bold, architectural shoe shapes that went against the minimal Japanese aesthetic.

At Keiichirosense, below-the-knee boots had ballooned proportions with painted squiggles on them. They matched the clothing’s exaggerated proportions. Speaking of balloons: At Bedsidedrama, semi-deflated spheres were also attached to the flat espadrilles.

Traditional Japanese geta soles were also updated on the runways. At Yoshikimono, kimonos and geta flip-flops (styled with socks) were updated with modernized constructions. Murral took the same flatform sole but used it on pointy oxford laceups.

Tokyo’s street-style scene has seen a number of kitschy shoes. We spotted styles like fur slides, flatform sandals and sneakers and pointy creepers.

The Craziest Spring Shoes From the Runways in London

Hood By Air Showed Some Really Crazy Boots On TheRunway