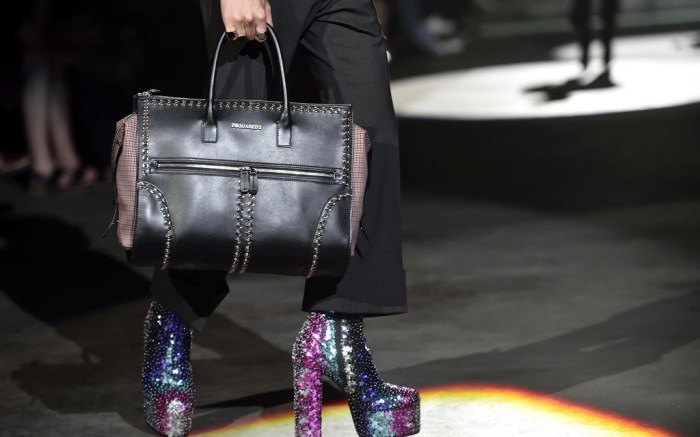 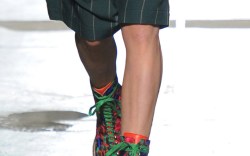 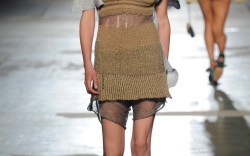 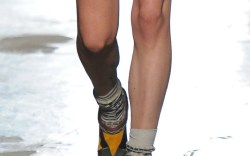 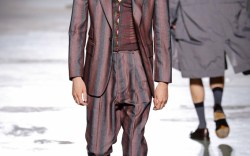 Boxer boots, loafers shaped as fish, platform heels — there was no shortage of experimental men’s shoes on the spring ’17 runways in Milan. The season carried on the sense of theatricality that we saw at London Fashion Week, with a number of bold footwear styles taking center stage.

Dsquared2 kicked off Milan Fashion Week with its glitzy collection of sequined platform boots for, yes, him. It was a ballsy way to start, but also telling of where the market is perhaps headed. (The shoes will go on to be produced for its commercial collection — could genderless fashion finally be in motion?)

As usual, Gucci offered a bevy of forward-thinking shoes. Animal motifs appeared on shoes, like loafers shaped as a fish — scales and all. Suede loafer mules had snakes that were embellished with sequins.

Marcelo Burlon County of Milan took on the boxer boot and exaggerated it. They were laced up high and finished in a punchy red. Over at Philipp Plein, the designer rolled with his sportswear inspiration with a series of sneakers with light-up soles.

For more of the craziest shoes from Milan, click through the gallery.