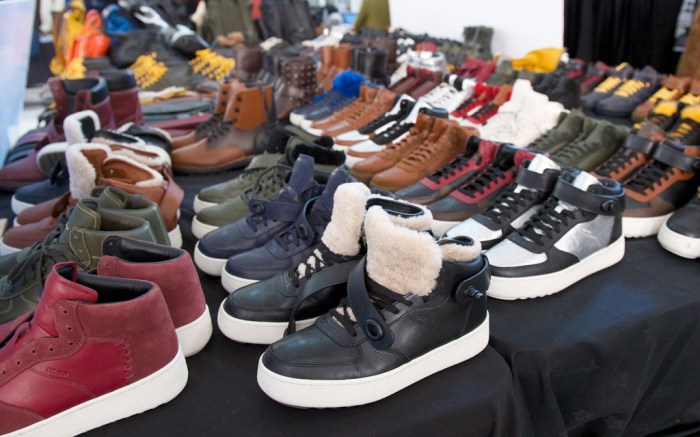 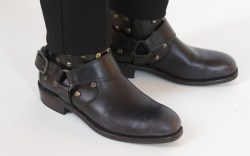 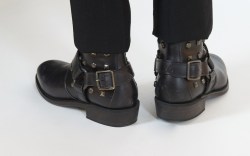 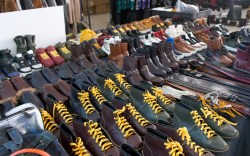 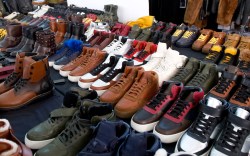 Ahead of its men’s runway show on Saturday during London Collections: Men, Coach has debuted a first look at its fall ’16 footwear assortment. Good news for you sneakerheads: the latest collection has a sea of styles to choose from.

Creative Director Stuart Vevers continued the brand’s sneaker focus for fall. Compared with its spring ’16 assortment, the sneakers are decidedly simpler this season. High-tops are offered in solid-colored mixtures of suede and leather, some finished with shearling tongues (a detail that mimicks Coach’s women’s pre-fall shoes). The soles were on the thicker side, which added bulk to the silhouettes.

Dressier boots were also in the lineup. Leather laceup boots were done in brown and black leathers, with contrasting lacing — in reds or yellows — offering a bit of color. Some biker boots had metal studding accents.

Unexpected styles include clogs in shearling, either covering the entire vamp or simply lining the inside of the shoe. The new style is likely a response to Gucci’s kangaroo-lined loafers, spring’s unlikely star that flew off of retailers’ shelves.

For more of Coach’s fall ’16 shoes, click through the gallery.

To read more of FN’s fall coverage, read on below: