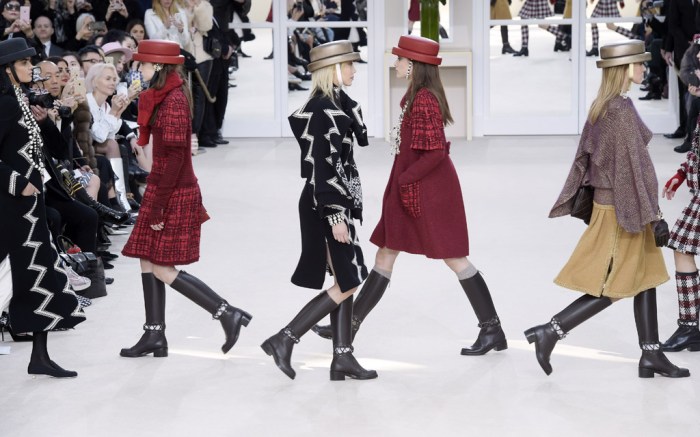 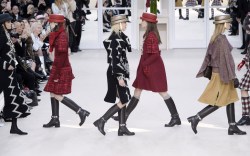 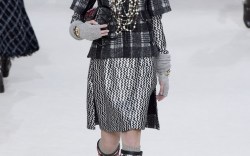 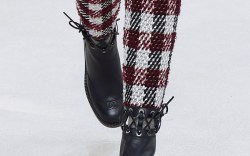 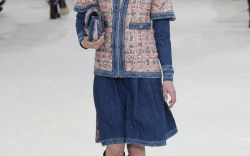 The Mood: A pared-down set — as in, there was no elaborate supermarket or airport scenery this season — allowed Karl Lagerfeld’s masterful tweeds to shine. A loose equestrian theme resulted in cut-out riding boots, and padded bucket hats that had chinstraps in the style of riding helmets.

The Shoes: The essential tall riding boot was given a wingtip brogue treatment and had a single cutout at the ankle, laced in via silver eyelets. The style was kept in all black or brown leather, or given vibrant tweed uppers that matched the colorful ready-to-wear. A bright magenta tweed and a denim pair were particularly striking.

The Verdict: After seasons of excessiveness, it was refreshing to see Lagerfeld let the collection speak for itself. Sure, there was still a lingering feeling of excess — models dripping in pearls aren’t exactly poster girls for subtlety — but the designer forwent a kitschy theme to create simply beautiful pieces. Sometimes less is more.