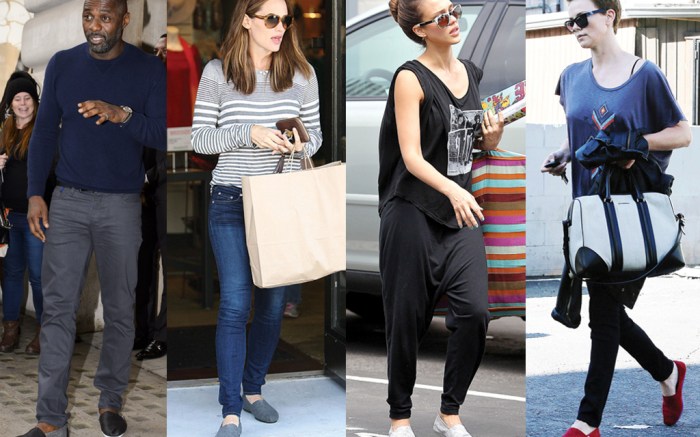 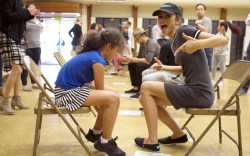 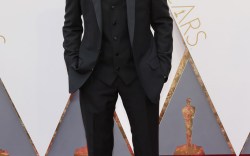 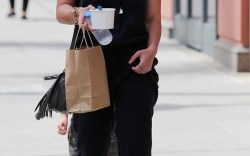 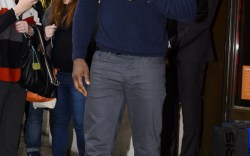 Toms may have found fame through social media, but hundreds of notable names have been wearing the shoes for years.

Most recently, Disney star Zendaya teamed up with the brand for its annual Day #WithoutShoes campaign last month. The social media effort asks fans to ditch their shoes for a day and share a snap of their bare feet on Instagram to help raise awareness for the Toms One-to-One mission. Zendaya took part in the social media initiative and also partnered with Toms and the LA’s Best after-school program to donate shoes to kids in need in Los Angeles.

Other celebs who have joined the Toms cause include Charlize Theron, Christy Turlington and Tabitha Simmons.

Theron is a longtime partner. The Oscar winner debuted her first collab with the company and the Charlize Theron Africa Outreach Project on a limited-edition shoe in 2009. Toms founder Blake Mycoskie and Theron have partnered several times over the years since then. Their newest collab, Toms x CTAOP, which helps children in South Africa, debuts in July.

“I hope that the collaboration helps continue to shine a light on the deep need for HIV prevention among youth, and the fact that in parts of the world HIV/AIDS is still very much devastating families, communities and entire countries,” she told Footwear News. “Beyond that, I hope the products give people an opportunity to play a part in changing that reality.”

Jessica Alba, who often wears Toms throughout her day-to-day life, was on hand to support chief Toms shoegiver Mycoskie to celebrate the Toms for Target collaboration in November 2014. She has also said that Toms are essential while traveling.

Stars love the shoes for their ease, comfort, design and for the brand’s charitable cause. Snoop Dogg, Zac Efron and Jennifer Garner are among the many celebrities who have stepped out in the classic slip-ons.

Workin on that Tiger game

Click through the gallery below to see which celebs have been spotted in Toms.

Toms &amp; Rock The Vote Team Up On Election Collection

Toms &amp; Oceana Team Up To Save The Sea Turtle

Toms Donates 10,000 Pairs Of Shoes To Ghana In Honor Of Abraham Attah