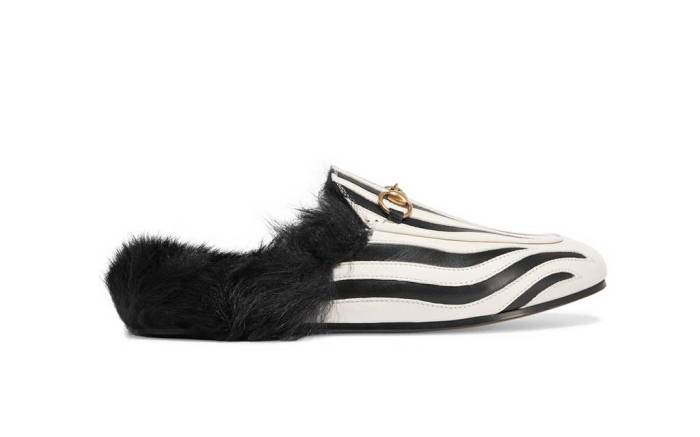 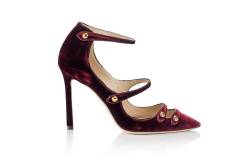 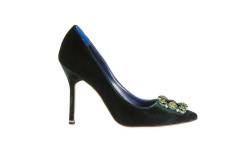 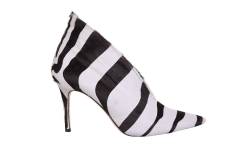 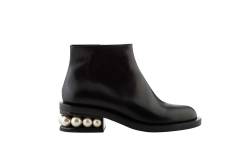 You’ve inhaled Instagram like oxygen and trawled the glossies all season. But were you in or were you out? Were you totally fall 2016, still lingering in the environs of 2012 or already two collections ahead and working spring 2017?

Footwear News asked the people who know for sure: key footwear brands, plus the buyers from some of the world’s biggest e-tailers and department stores. The results are in — and so, in no particular order, here are the biggest selling shoe styles of fall 2016.

At Matches Fashion, the Vetements effect was evident, with that statement green-glitter boot selling out in its first week of upload, according to women’s shoe and bag buyer Cassie Smart. She added that the Balenciaga crystal pump performed similarly and the Gucci Princetown loafer also sold fast.

At luxury online marketplace Farfetch, people voted with their feet. “Our customers all around the globe have a united passion for shoes,” said buying and merchandising director Candice Fragis. “Stella McCartney platforms have been especially popular for fall 2016, as well as trainers by Alexander McQueen, Adidas by Raf Simons and Golden Goose Deluxe Brand. For heels, a brand to highlight that has been well received by customers is Aquazzura.”

Topshop customers embraced their inner wildebeest and made a stampede for these zebra booties, as seen on its see-now, buy-now catwalk in September.

For Nicholas Kirkwood, the British based label part owned by LVMH, the season’s best-seller was the Casati ankle boot. “It really captures the spirit of the brand and for its irreverent femininity,” says Kirkwood.

“If we set aside the particular good performance of our Christmas exclusive Jimmy Choo Cinderella model this season,” said Printemps shoe buying manager Marie-Julie Malone, “the current market trend reveals that comfort has become a priority for women. The exponential growth in sneaker sales is a long-term trend including luxury brands such as Valentino or Balenciaga. This feature is confirmed by a greater increase in 5cm heels rather than in 10 or 12.”

For Jimmy Choo, fall 2016’s velvet story has been “a huge success for us,” according to the brand.

Morgane Toullec, women shoe buyer at Le Bon Marché, cites the return of the flat such as ballerinas, mules and furry mules by Avec Modération, Céline and Pierre Hardy, plus sneakers by Acne, Adidas, Rober Viver and Balenciaga.

“Our best-performing style for fall 2016 was the Gucci Princetown slipper; we had this in multiple colorways, as well as an exclusive shearling-lined version, which was an instant sellout,” says Lisa Aiken, retail fashion director at Net-a-porter. “We have always felt that the shape was integral to the brand’s heritage, however, since Alessandro has taken the reigns the silhouette has become even more relevant than before. The response from the customer has been so phenomenal that last season, we decided to put the classic loafer on a replenishment program to ensure all styles were continually available.”