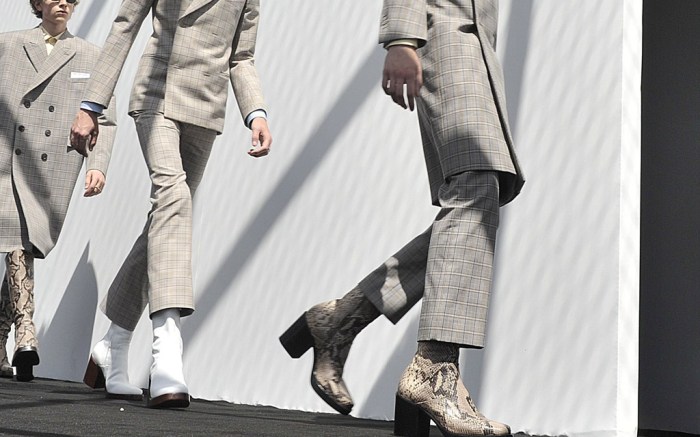 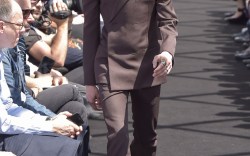 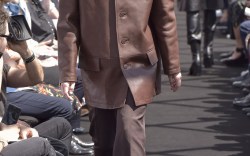 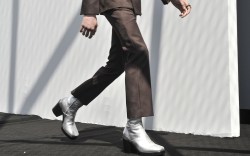 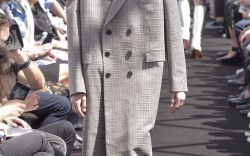 Balenciaga presented its first men’s runway show at Paris Fashion Week on Wednesday, and new creative director Demna Gvasalia marked the occasion with a bang. The designer debuted a variety of men’s heels in the latest collection, which pushed a strong power-dressing message with 1980s-style shoulder pads.

While Gvasalia is no stranger to pushing the envelope with his own culty brand, Vetements, he drastically reinvented the French luxury house’s codes here. The collection was presented on the roof of the Roman Catholic school Lycée Saint-Louis-de-Gonzague in Paris — a fitting venue, as the clothes had a certain rigidity and schoolboy feel about them. It was less polished and modern than Balenciaga’s previous collections, especially ones by Alexander Wang, and more experimental.

But the boots were decidedly very much against uniform rules. Leather boots, which were either cut at the ankle or hit just below the knee, had stacked heels that added an element of go-go style. It seemed not so much a statement on rebelling against religion, but rather a pushback against the idea of conformity. The shoes were done in finishes such as python, as well as white, black or silver leather.

For more Balenciaga spring looks, click through the gallery.