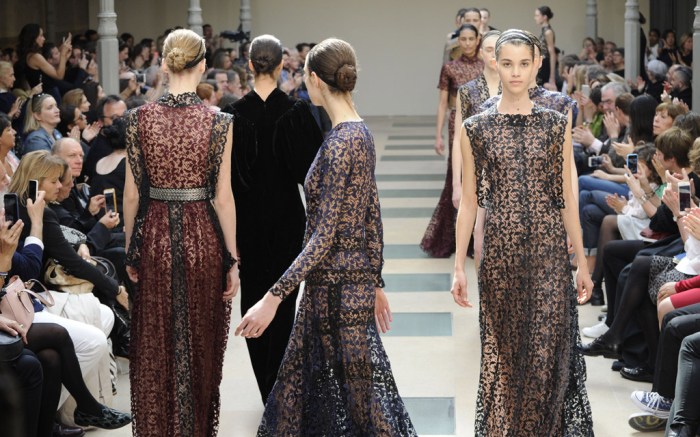 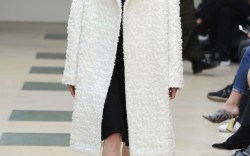 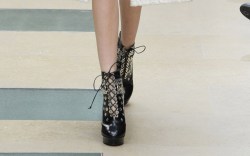 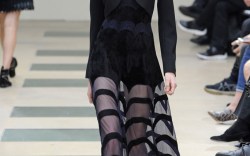 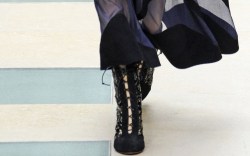 Azzedine Alaïa has never been one to follow the fashion flock. The designer showed his fall ’16 collection at his Rue de Moussy headquarters in Paris almost one month after fashion month — an impervious move not many can pull off. Alaïa is one of the few.

Given the anti-fast fashion nature of his clothing and accessories, it only makes sense the designer would show late. His latest collection offered odes to his signature silhouettes — think bodycon dresses and full skirts — but also debuted new flourishes such as knit shift dresses and boxy shearling coats.

The footwear assortment was also a departure. You think of an Alaïa shoe and can’t help but imagine a woman teetering in her stilettos. The shoes here were more grounded. Mid-calf leather boots were modern in shape and surprisingly practical.

But there were attempts at grabbing that younger Alaïa girl, too. There were lace-up platform boots and sequined Western boots. To quote “Clueless,” we could just imagine her wearing them and saying, “It’s like a totally important designer.”

For more fall ’16 Alaïa shoes, click through the gallery.