First Look Inside Aquazzura’s ‘Church Of Shoes’ On Madison Avenue 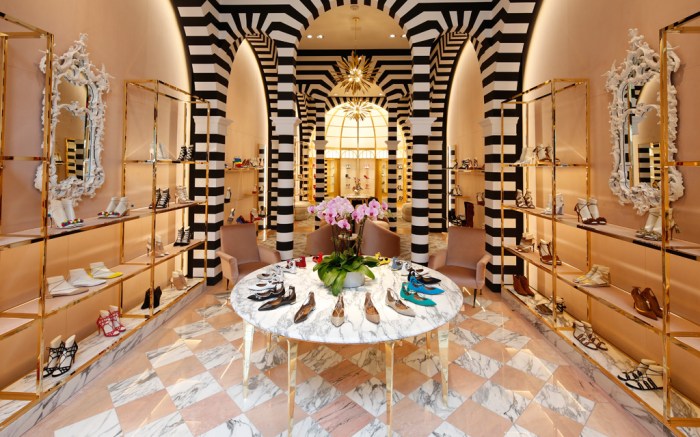 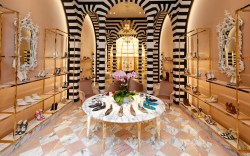 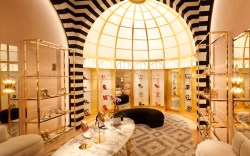 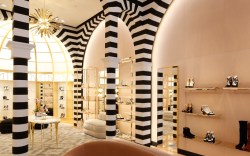 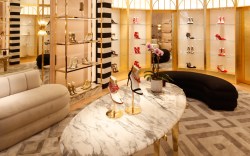 Edgardo Osorio certainly knows how to get people talking.

The Aquazzura co-founder and creative director has unveiled his first U.S. store on New York’s Madison Avenue, and it doesn’t disappoint.

“I wanted it to be a church of shoes,” Osorio told FN recently, noting that his inspiration was Florence’s Santa Maria Novella Church. The result? A stunning 2,221-sq.-ft.-space that features striking columns, dazzling gold light fixtures and, of course, plenty of standout shoes. It was designed by interior designer Ryan Korban.

The store quietly opened on Saturday, but it has already captured the attention of Upper East Side residents. When FN checked it out on opening day, there were at least a dozen people inside. Several women were trying on shoes as salespeople, clad in head-to-toe black, circulated through the space. Outside, many people stopped and peered into the window.

In addition to making a bold statement with the visual aesthetic of the store, Osorio was determined to find a suitable location to match. The store is just down the block from the new Met Breur museum and directly across the street from April.

Click through the gallery to go inside the new space.