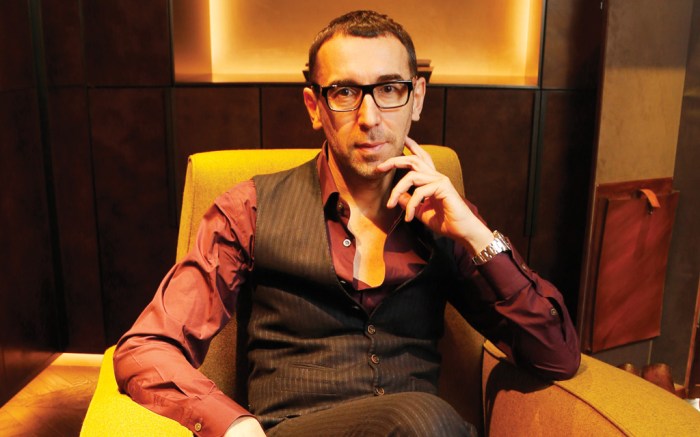 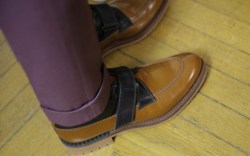 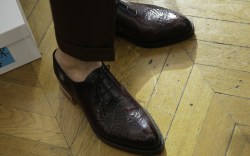 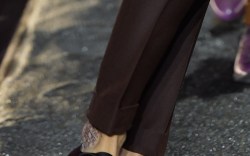 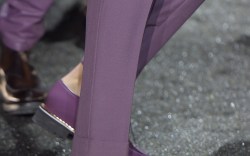 His fall-winter 2016 collection, paraded Jan. 22 at Les Arts Decoratifs during Paris Fashion Week, was his last for the label.

It is understood Sartori is departing after a five-year collaboration for a new opportunity. He declined to comment beyond brief remarks in a press release.

“I’m very proud to have had the opportunity to develop this extraordinary company and to have created a silhouette for the Berluti man. I want to thank Antoine Arnault and Berluti for the trust they have put in me.”

“He is moving on. We decided this together,” Arnault said, characterizing the parting as amicable. “We are remaining very good friends. Clearly, it’s the end of a chapter for us, and it was a beautiful one.”

Arnault noted that Berluti, which has generated revenues south of 30 million when Sartori arrived in 2011, has added “more than 100 million euros” to its tallies as it expanded its product offering and global store network. Today, Berluti boasts around 46 boutiques worldwide and 20 wholesale accounts.

Arnault said he would appoint a new artistic director in due course and wished Sartori “all the best. I know he’s going to be very successful in his future endeavors.”

The executive noted that Berluti “remains a shoe brand and shoes remain the biggest category for us, complemented by leather goods, accessories and ready-to-wear.”

Antoine Arnault, son of LVMH chairman and chief executive officer Bernard Arnault, assumed management of the brand in 2011, and set out to create a luxury men’s house to mirror such female-driven brands as Fendi and Céline within the vast luxury group. He also oversees the Loro Piana business, acquired in 2013.

Sartori joined Berluti after eight years at the creative helm of Z Zegna, Ermenegildo Zegna’s more fashion-oriented brand that was launched in 2003.

Born and raised in Biella, a mountain town in the northeastern corner of Italy famed for its wool production, Sartori joined Zegna in 1989 after graduating from design school in Milan.

At Berluti, the popular and impeccably polite Sartori brought a contemporary approach to tailoring, and an artisanal, ultra-luxurious approach to echo its heritage in shoes, know for its unusual colors and patinas, plus a court shoe fashioned from a single piece of leather without any seams.

While his collections were more classic than much of the men’s wear parading in the French capital, Sartori earned a following for his gentlemanly and dandy approach to fashion, imbuing the brand with a quirky, endearing personality.

To see Sartori’s last collection for the label, click through the gallery.