Designer Aleksander Siradekian On Couture Shoes (For Baby, Too.) 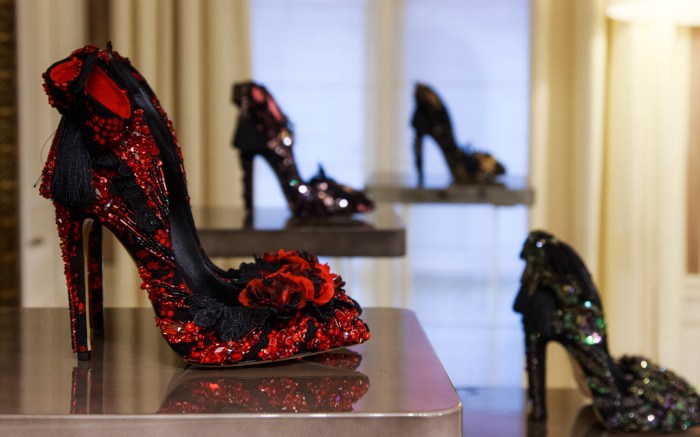 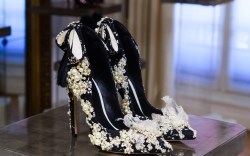 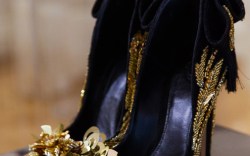 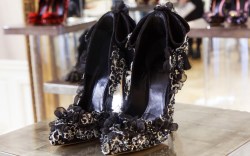 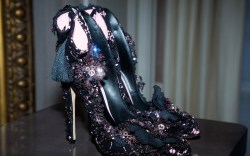 “Women want something extraordinary, these days,” says Aleksander Siradekian on his latest collection, which the Georgian-born, France-based designer bills as his first stab at haute couture. Indeed, they were quite something.

The line features ten full-tilt, incredibly ornate (and weighty) pointed pumps that each take up to nine weeks to produce by hand — which Siradekian sees as par for the course.

The collection, which starts at $5000, bowed during an intimate gathering at upscale boutique Les Suites during Paris fashion week.  Titled Val de Loire, they were inspired by the historical castles and chateaux of the region, which he noted also influenced fairy tales such as ‘Sleeping Beauty’ and ‘Cinderella.’

It was a fitting reference, as with beaded tasseling (a spin on his signature horse-tailed heels), bespoke wired blooms and crustaceans of jewels, the footwear did evoke a far off fantasy land.

Case in fantastical point: Siradekian also included intricate glittering baby slippers, which ring in at approximately $1200. “There’s nothing we wouldn’t do for our child, right?” asked the designer on the thinking behind his smallest couture creations, bead and sequin shoes for the under-3-year-old set. Indeed, some fancy folks seem to agree.

“I’ve already received orders for them,” he said. “They are beautiful and can become a family heirloom too.” North and Saint Kardashian West, are you listening?