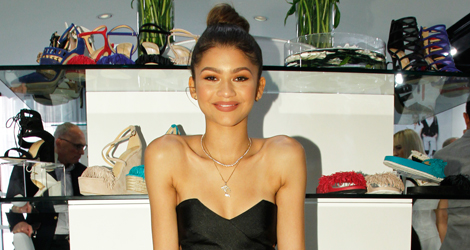 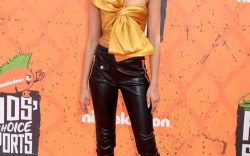 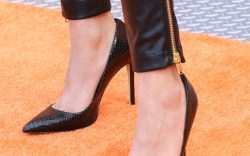 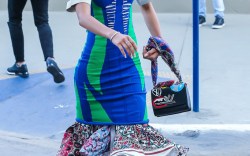 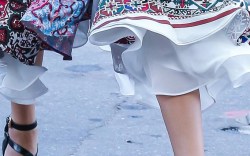 Zendaya can now add easy, breezy, beautiful CoverGirl to her vocabulary. The actress and shoe designer has been named the new face of the beauty brand.

Zendaya took to social media to share the news with her fans on Thursday. She then posted another photo wearing CoverGirl makeup on her face and shoes from her new line, Sole of Daya, on her feet.

@covergirl on my face and @soleofdaya on my feet😍

“I am so honored to join the company of a roster as celebrated and diverse as CoverGirl’s,” she said in statement. “I can’t wait to share some of my own beauty tips with fans, and work alongside CoverGirl to continue empowering girls and women to celebrate their individuality.”

In 2015, Zendaya released her first shoe collection, with Titan Industries, and she received her own Zendaya Barbie Doll. Mattel created a replica of the star based on her red carpet look from the 2015 Oscars ceremony.

There seems to be no sign of Zendaya slowing down in 2016. So far, she joins Ellen Degeneres and Sofia Vergara as a CoverGirl, and she made Forbes’ 30 Under 30 list. The role model also has made it her mission to continue to be a positive influence heading into the new year.

Zendaya’s first CoverGirl ad will launch live during the 58th Annual Grammy Awards. We will keep an eye out to see whether she wears Sole of Daya during music’s big night or if she turns to Ruthie Davis, as she did for the 2016 Golden Globes.

5 Things You Didn’t Know About Zendaya