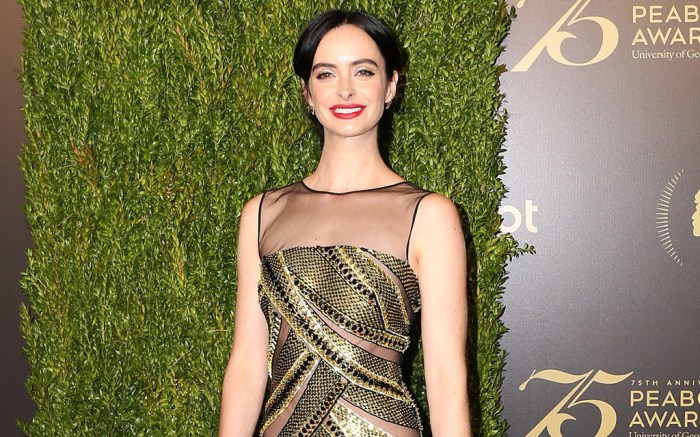 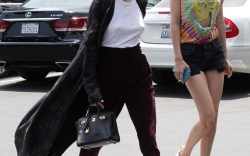 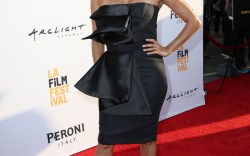 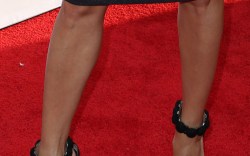 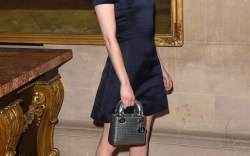 It was quite the weekend for celebrity shoe spotting. The stars were out for the premiere of “La Traviata” in Rome and across the globe at the Billboard Music Awards in Las Vegas. With so many star-studded moments, we rounded up a few footwear highlights.

First up comes Krysten Ritter, who surprised in a pair of Pedro Garcia and Sarah Flint heels in the past few days while promoting her Netflix show “Jessica Jones” and at the Peabody Awards. We love she’s picking the unconventional press tour brands and shoes that have some personality.

Another notable sighting was Kirsten Dunst in Valentino at the closing ceremony of the Cannes Film Festival in France. Dunst’s lovely gold gown hid her strappy sandals, but the actress has been a continued high note footwear-wise at the festival.

Kim Kardashian West’s appearance on the red carpet at the premiere of Sofia Coppola’s reimagining of “La Traviata” was a refreshing surprise. The starlet opted for a white gown and nude platforms for a classic look.

And of course, no one could look away from Kesha’s vintage suit and Gucci loafers Sunday night at the Billboard Music Awards. It was a cool and sophisticated departure for a singer who used to sport multicolored hair and super stilettos. Clearly Kesha has shed her glittery face paint for a fashionable, cleaner look for her next chapter as a pop star.

Click through the gallery to see the top looks of the weekend.

The 7 Best, 7 Worst & Most Notable Fashion Moments At The Billboard Awards