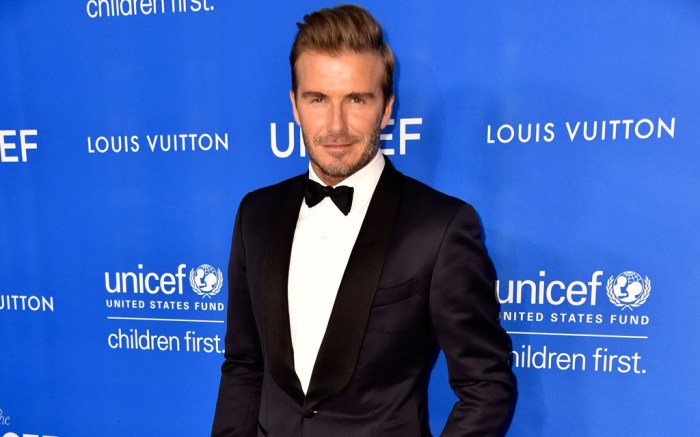 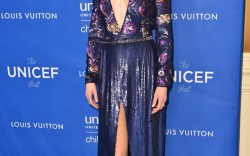 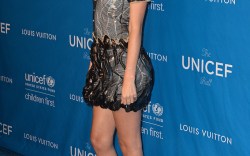 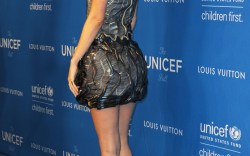 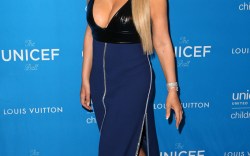 Louis Vuitton has partnered with UNICEF for its #MakeAPromise campaign, which aims to help children in urgent need. On Tuesday evening, The UNICEF Ball honored David Beckham, who has served as a UNICEF Goodwill Ambassador for 10 years and received the Danny Kaye Humanitarian Leadership Award for the work he does through his charity, The 7 Fund.

Plenty of stars, including Selena Gomez, Mariah Carey, Angie Harmon, Nicole Kidman, Lea Seydoux, Miranda Kerr and Jennifer Connelly, showed up. And many of the evening’s guests rocked Louis Vuitton looks from the runway. Nicole Kidman wore a custom-made gown that revealed a pair of black-and-white strappy sandals, also by Vuitton. Kerr wore the same pair. Connelly made her runway look her own by adding heeled laceup oxfords.

Beckham looked sleek in a tuxedo. The 7 Fund, in conjunction with UNICEF, raises funds for children in danger and advocates for change in education, sanitation, health care, social protection and water.

Louis Vuitton is also donating $200 from each sale of its Silver Lockit bracelet and pendant, which retail for $500, to UNICEF.

Click through the gallery to see more stuff from the event.