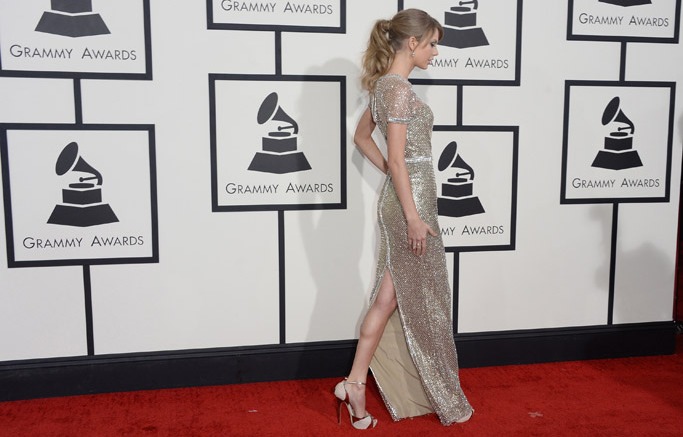 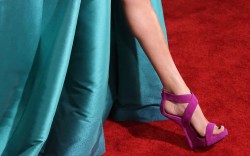 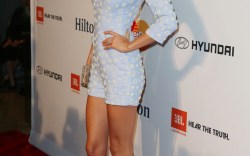 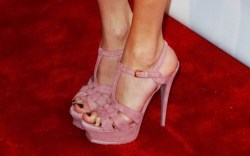 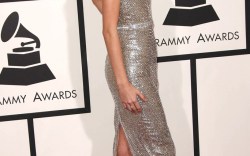 If you can believe it, Taylor Swift will be attending her eighth Grammy Awards on Monday, Feb. 15.  The singer made her first Grammy’s appearance back in 2008 at age 17 as a Best New Artist nominee. Now we know to expect the music heavy hitter at the big show, and we also can anticipate that Swift will bring her A-game to the red carpet.

To say Swift’s fashion choices have evolved since she was a teenager is quite the understatement. Way back in 2008, we knew the country singer Swift for her youthful princess dresses and long, curly blonde hair.

In 2014, she wowed in a pair of statement Jimmy Choos.

On the Grammys red carpet, Swift is pretty reliable in that you’ll catch her in a long dress with a pair of killer platforms, but we also noticed the starlet has a lot of fun with her pre-party looks for the Grammys.

In 2014, she nailed a big fashion moment with Bionda Castana platforms — quite a change from the metallic peep-toes by Christian Louboutin the singer almost always picked for the event in her early days.

Click through the gallery to see Taylor Swift’s fashion moments at the Grammy Awards.