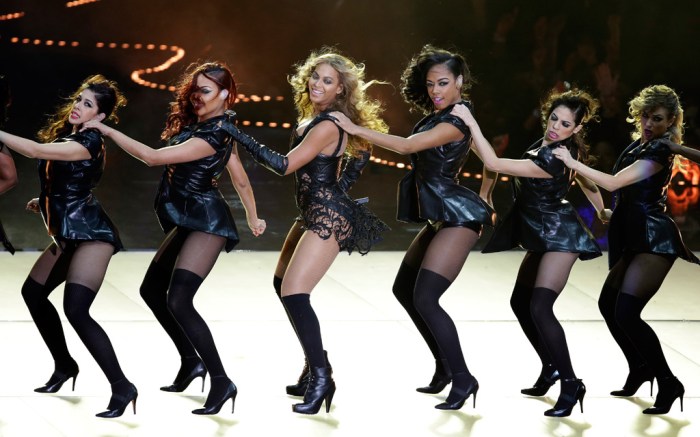 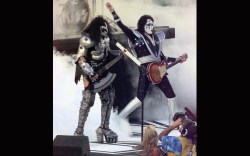 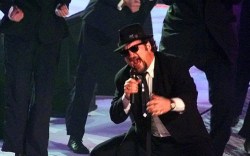 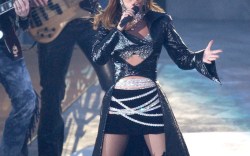 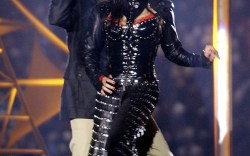 Super Bowl 50 is this weekend in San Francisco, and while some are looking forward to the game between the Denver Broncos and Carolina Panthers, others are anticipating this year’s commercials. Still, the highlight for some might be the halftime show performance this year by Coldplay, featuring an appearance by Beyoncé.

The singer, who performed in 2013, sings on Coldplay’s new track, “Hymn for the Weekend.” In 2013, Beyoncé wore Proenza Schouler lace-up booties, but she also often wears shoes on stage by Stuart Weitzman. Coldplay frontman Chris Martin is a fan of Air Jordans, which we spotted him wearing this week on “The Late Late Show With James Corden.”

There have been plenty more statement shoe looks through the years. In 2012, Madonna wore a Givenchy Couture look, including a pair of over-the-knee boots. Shania Twain and Fergie have also worn tall boots for their performances in 2003 and 2011, respectively.

Bruno Mars kept his shoes simple, so as not to compete with his gold metallic tuxedo jacket.

It’s no surprise that when Kiss performed in 1999, there would be wild footwear. Gene Simmons wore his signature “The Demon” costume.

Katy Perry performed in 2015 in costumes designed by Jeremy Scott. As for shoes, Perry opted for professional dance shoes by LaDuca Dance Shoes customized with thousands of Swarovski crystals.

9 Greatest Super Bowl Moments & The Shoes That Made Them Happen

Brooklyn Beckham Is Bringing His Yeezy Collection To The Super Bowl