Stephen Curry Swaps Sneakers For Christian Louboutin At The ESPYs 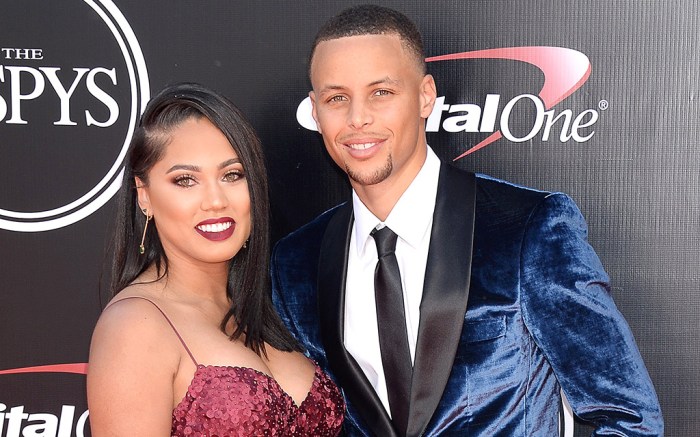 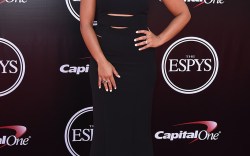 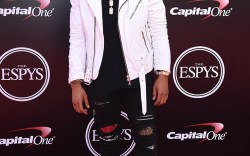 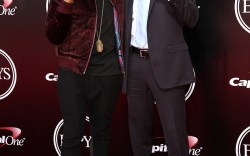 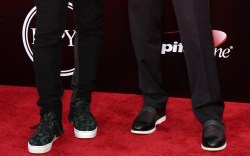 Stephen Curry went from the court to the red carpet on Wednesday night at the ESPY Awards. The Golden State Warriors star ditched his sneakers for a luxe pair of velvet Christian Louboutin dress shoes.

Curry’s wife, Ayesha, opted for a pair of beige suede pumps with her gown.

In a humorous moment at Curry’s expense, comedian Hannibal Buress appeared onstage claiming that he was visiting from the year 2026. When host John Cena asked about Buress’ white Crocs, Buress replied that they were the “Steph Curry 34s,” a jab at Under Armour’s Curry Two Low “Chef” kicks that were destroyed on social media following the release last month.

Click through the gallery to see what more celebrities and sports stars wore on the ESPYs red carpet.