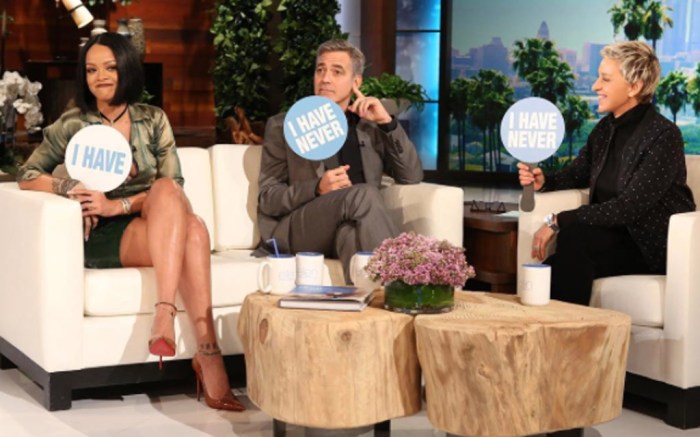 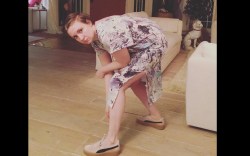 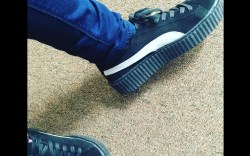 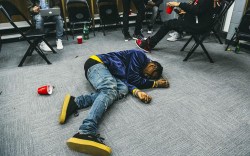 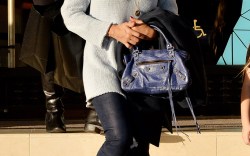 Rihanna is officially back. The superstar just debuted her eighth studio album, “Anti,” and made an appearance on “The Ellen DeGeneres Show” rocking a new look. Rihanna paired an army-green ensemble with Christian Louboutin python ankle-strap heels and a short, sleek bob. Thanks to DeGeneres, we also learned some new tidbits about the singer, like where she actually lives, what her go-to karaoke song is and if she’s single or not.

Rihanna made headlines last weekend performing Mary J. Blige’s 1996 single “Not Gon’ Cry” during a turn at karaoke. Turns out, Jon Bon Jovi’s hit “Living On A Prayer” is her real go-to song, she told DeGeneres. Watch Rih Rih on “Ellen” in the clip below.

Besides Louboutin — which completed one of Rihanna’s most memorable looks of all time, at the 2015 Met Gala — she is a major fan of her own shoe, the Puma Creeper.

The first color selection of the Creepers initially dropped in September and sold out within three hours. New colorways went on sale in November, and now the “Work” singer will debut Puma by Rihanna at New York Fashion Week on Feb. 12 at 8 p.m.

Check out the gallery to see more celebs wearing Puma By Rihanna sneakers.

Rihanna Reveals There Will Be A Puma By Rihanna NYFW Show