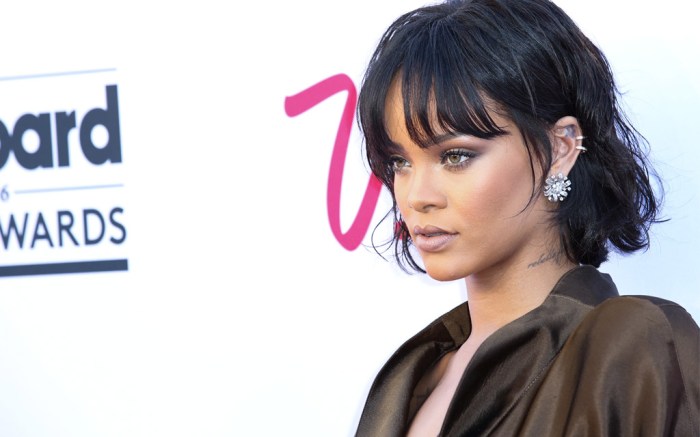 If there’s one thing we know about Rihanna, it’s that the girl knows how to create big buzz for shoes, and tonight she did it again at the Billboard Music Awards in Las Vegas.

Rihanna stepped out on the red carpet wearing a Thierry Mugler dress and pair of embellished Manolo Blahnik heels. Rihanna’s look was a sophisticated one and also a bit of a departure from some of the wilder looks for the singer on the Billboard red carpets gone by.

Earlier this year, Rihanna surprised many when she teamed up with legendary shoe designer Manolo Blahnik on a speical collection. The shoes, which were a hit and crashed the Manolo Blahnik website, were featured in Jennifer Lopez’s latest music video.

Besides her standout Manolos, Rihanna also gets huge buzz for her collaboration with Puma. Her latest round of kicks are expected to be released this week.

Click through the gallery to see more red carpet shoe moments from the Billboard Music Awards.